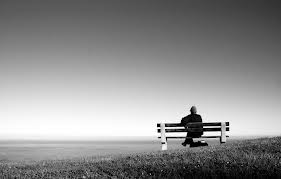 Life is broadly defined as the condition of an organism that exhibits growth through metabolism, reproduction, and adaptation to its environment. These characteristics separate living organisms from inanimate objects.

The cell is the basic unit of life, and an organism must be composed of at least one cell to qualify as a living thing.

The cells of every living organism contain deoxyribonucleic acid (DNA), a nucleic acid that holds the genetic instructions for the development and functioning of a life form. It is this substance that allows a living thing to grow and reproduce.

DNA was first discovered in 1869 by Swiss physician Friedrich Miescher who noticed a microscopic substance in the pus on discarded bandages. The substance was later identified as DNA.

A virus straddles the definition of life and, according to scientific definition, is not technically alive. It is composed simply of DNA and ribonucleic acid (RNA) strands surrounded by a protein shell and requires a host cell to metabolize and reproduce. When not within a host cell, a virus lies dormant and is nothing more than a static organic particle.

Scientists estimate the earth is about 4.5 billions years old and first began to support life forms approximately 3.7 billion years ago.

While scientists universally believe that naturally occurring amino acids were mediated by nucleic acids to create the first life forms on Earth, the question of how nucleic acids originated from inanimate matter is still being studied today. There is no definitive answer yet as to the origin of life on Earth.

Throughout history, two dominant theories of the origin of life on Earth have prevailed. Abiogenesis, a theory that is now widely discredited, holds that life was and is spontaneously generated from decaying organic matter. The theory of biogenesis, on the other hand, maintains that new life is produced from existing life forms.

The oldest living things on Earth are believed to be single-cell prokaryotes, more commonly known as bacteria. Scientists have discovered fossils of such prokaryotes from roughly 3.5 billion years ago.

Plant life began on the Earth’s landforms about 430 millions years ago. The first plants were likely single-celled organisms distantly related to algae.

Apes originated on Earth about 35 million years ago, and the first apelike men appeared about 10 million years ago. The modern human species of Homo sapien has existed on the earth for only 100,000 years.

Scientists believe that Earth will exist for another 7.5 billion years before the sun becomes a red giant star and, in all probability, destroys the planet. Earth may cease to support life forms far before that date, however, due to increased energy output from the sun over time.

Living organisms are divided into two basic domains: prokaryotes and eukaryotes. Eukaryotes, to which humans belong, have a cellular structure with a nucleus and membrane-bound genetic information, while the cells of prokaryotes do not contain a nucleus.

Scientists estimate that anywhere from five million to 100 million unique species of plants and animals currently live on Earth. However, only about two million of these species have been identified.

Insect species account for 950,000 of the two million identified species on Earth.

There are nearly 300,000 different species of plants currently living on Earth.

Mammals make up just 5,416 of the two million identified species on Earth.

The theory of evolution, which explains how living things change over time through natural selection, was first publicized by Charles Darwin in 1859. Many scientists now point to this natural phenomenon as the reason behind Earth’s great biodiversity.

Worldwide, there are currently just over 6.7 billion people living in the world. The population of males is slightly higher than females (3.41 billion compared to 3.37 billion).

According to the Central Intelligence Agency, average life expectancy for a person in the U.S. is 78.11 years.e

During the twentieth century alone, the average life expectancy in the United States increased by more than 30 years. Officials attribute most of this increase to advances in public health care and information.

According to a 2008 report, the average life expectancy in the world as a whole is 66.26 years.

The average life expectancy ranges throughout the world from a high of 84.36 years in Macau to just 31.88 years in the African nation of Swaziland. Experts attribute the low life expectancy in many African countries to high rates of HIV/AIDS infection.

The oldest documented person on record is Jeanne Calment, a Frenchwoman who lived for 122 years and 164 days. The oldest person still alive today is 114-year-old Gertrude Baines of the U.S.

The greatest verified age for any living organism is from a Great Basin Bristlecone Pine tree in Nevada called Prometheus that was measured by a ring count to be about 4,900 years old when it was cut down in 1964.

Scientists have yet to discover a sign of extraterrestrial life, but the discovery of planets outside of our solar system with habitable climates is a promising indication of life outside Earth.