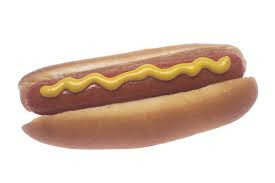 Baseball fans will consume more than 26 million hot dogs at US baseball stadiums this season. That’s enough to circle the bases 36,000 times.

The most popular hot dog topping among adults is mustard (87.6%). Among children, it is ketchup.

The average hot dog is consumed in 6.1 bites.

Did you know there is a “right” and a “wrong” way to enjoy your hot dog? Check out these etiquette tips.

Use a spatula or tongs to cook your hot dog on the grill. They can lose moisture and tasty juices when pierced by a fork.

U.S. soldiers in military posts around the world consumed 2.4 million hot dogs in 2007.

Arizona’s claim to hot dog fame is that the World Hot Dog Eating competition was held in Tempe.

Around 19 billion hotdogs are eaten annually in the United States.

Five hundred and fifty (550) hot dogs are eaten every second of the day in the United States.

During the Fourth of July weekend, Americans will consume 175 million hot dogs.

Hot dogs are served in 94% of homes in the USA.

The average hot dog is consumed in 6.1 bites.

Babe Ruth once ate 12 hot dogs & 8 bottles of soda between games of a double header. He was reportedly rushed to the hospital after the game with a severe case of indigestion.

On July 4, 1916 four Irish immigrants held a hot dog eating contest to decide which of them was the most patriotic. The winner, James Mullen, at 13 dogs & buns in 12 minutes.

During the war, soldiers were fed the dreaded K-rations which often consisted of beans, corned beef, or hot dogs. To make the hot dogs seem a little bit more appetizing, the mess staff referred to them as steaks in a tube, or Tube Steaks.

7-Eleven sells close to 100 million fresh-grilled hot dogs every year, more than any other retailer in America.