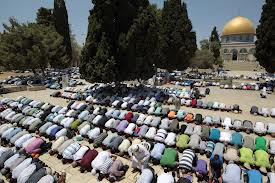 Observing the fourth pillar of Islam has been prescribed during this month, and it is one of the best means by which a person attains piety and forgiveness of sins.

The first revelation of the Qur'an as guidance for humanity was given to the Prophet (pbuh) during this month.

The sunnah of performing the tarawih prayer is observed during this month.

Ramadan contains Laylatul-Qadr, which is better than a thousand months.

The great battle of Badr between the Muslims and the unbelievers took place during Ramadan in the second year of the Hijrah.

The Muslims re-entered Makkah victorious during Ramadan in the eighth year of the Hijrah. After this conquest people began to enter the fold of Islam in multitudes, and Makkah became free of polytheism and evil.

It strengthens one's ties with Allah and trains the soul to observe duties of devotion in accordance with the teachings of the Qur'an and Sunnah of the Prophet (pbuh).

It enforces patience and determination in the Muslim individual.

It promotes the principle of sincerity by keeping the Muslim away from arrogance and showing off, since it is an act between the individual and his Creator.

Ramadan is the Islamic holy month of fasting during which Muslims may not eat or drink during daylight hours.

There are approximately 1.6 billion Muslims worldwide and 2.5 million in the United States.

Ramadan is celebrated as the month in which the prophet Mohammed received the first of the revelations that make up the Quran.

During Ramadan, Muslims abstain from food, drink (including water), and sexual intercourse from dawn until dusk.

Muslims are encouraged to eat a meal before dawn, and then break the fast immediately after sunset.

The fast is traditionally broken by eating dates and drinking water.

The end of Ramadan, called Id al Fitr, is a day of feasting.

Ramadan is the ninth month of the Muslim year.

Ramadan begins with the sighting of the new moon, the exact date often depending on clerics in a particular nation.

The Ramadan fast is one of the five pillars, or basic institutions, of Islam. These tenets are:
Shahadah: Affirmation that there is no deity but God and Mohammed is His messenger.

Sawm: Fasting during the month of Ramadan.

Hajj: Making a pilgrimage to Mecca at least once in a lifetime.

It encourages the Muslim to do away with bad habits and change his/her circumstances for the better.

It enhances generosity, hospitality, and spending on charitable causes.

It reinforces feelings of unity and brotherhood among Muslims.

It instills orderliness and close observance of the value of time.

It serves as an opportunity for children to perform acts of obedience and to practice Islamic acts of worship.

It offers a chance to balance one's attention to both physical and spiritual needs.