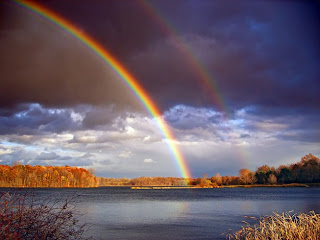 Enjoy these fun weather facts. Check out amazing snowfall, rainfall, temperature and wind speed records while learning more about lightning, tornadoes and cyclones. Read on for a range of interesting facts about weather and climate.

The USA has more tornadoes than any other country in the world, averaging around 1200 a year. This is due largely to its unique geography which forms an area in central USA called “Tornado Alley” which is frequently hit by tornadoes.

The most rainfall ever recorded in one year is 25.4 meters (1000 inches) in Cherrapunji, India.

The heaviest hailstone ever recorded weighed 1.0 kg (2.25 lb) and landed in Gopalganj District, Bangladesh on April 14, 1986.

Clouds can be categorized into a number of different types; these include cumulus, stratus and cirrus.

The Earth experiences millions of lightning storms every year, they are incredible discharges of electricity from the atmosphere that can reach temperatures close to 54,000 °F (30,000 °C) and speeds of 60,000 m/s (130,000 mph).

Tropical cyclones (often referred to as hurricanes or typhoons) feature strong winds, driving rain, rough seas and areas of low atmospheric pressure. They frequently form in tropical areas of the globe and can do considerable damage to populated areas. Examples of this include the 1970 Bhola cyclone, Typhoon Nina which hit China in 1975 and more recently in 2005 when Hurricane Katrina which caused great devastation and loss of life when it hit southern parts of the USA.

Al'Aziziyah in Libya has the highest recorded temperature on earth at a sweltering 58°C on the 13th Sept, 1922.

The lowest ever recorded world temperature was at Vostok Station, Antarctica on the 21 July 1983 at a bitter -89.6°C

Mawsynram in India is noted as being the wettest place on earth is with over 11 meters of rain falling every year.

In contrast, Antofagasta in Chile is the driest place on the planet getting less than 0.1mm per year, and with many years having no rainfall whatsoever.

Yuma in the state of Arizona has over 4,000 hours of sunshine per year - making it the sunniest place on the planet!

The South Pole is the least sunny place - only 182 days a year get sunshine.

The windiest place on earth is Commonwealth Bay, Antarctica where winds of 200mph have been recorded.

The strongest ever recorded wind was on Mt Washington, New Hampshire, USA at an amazing 231mph.

Nearly 2,000 thunderstorm cells are estimated over the planet at any given time.

The U.S. has over 100,000 thunderstorms every year, with over 16 million taking place across the world in a year.

9 out of 10 lightning bolts strike land rather than oceans.
A storm named John was the Longest-lasting Pacific tropical storm continuing for 31 days. As it crossed the dateline twice, it changed status from a hurricane to a typhoon and back to a hurricane.

"Ginger", was the longest-lasting Atlantic tropical storm, which spun around the open ocean for 28 days in 1971.

The world's largest snowflake was recorded in the Guinness Book of Records, at 38 cm wide and 20 cm thick. The snow flake fell at Fort Keogh, Montana, USA on 28 January 1887.

With tyres for his mouth and trees for arms, ‘Angus’ - the tallest snowman, was made by residents of Bethel, Maine, USA, measuring a whopping 34.63 metres. ‘Angus’ took 2 weeks to build, and was completed on 17 February 1999.

The greatest snowfall recorded was on Mt Rainier, Washington State, USA - Over 30metres fell during the winter of 1972.

On 14th April, 1986 Bangladesh was hit by the biggest hail stones ever recorded - weighing in at over 1kg each - killing 92 people.