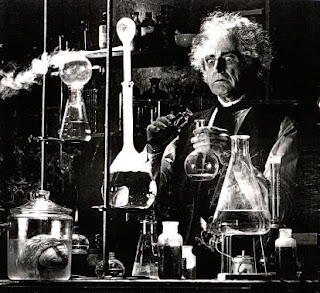 The world we live in today would no doubt be a different place if it weren't for the amazing discoveries produced by this list of famous scientists. Their ideas, research, experiments, publications and determination are an inspiration to those that follow in their footsteps. Covering a broad range of scientific fields such as biology, physics, astronomy and chemistry, these men and women have pushed the world of science forward, allowing the human race to answer seemingly impossible questions while at the same time opening the door to new fields of research and discovery.

Einstein won the 1921 Nobel Prize in Physics for his work on theoretical physics.

He worked on many other influential theories and projects including: the deflection of light by gravity, the quantum theory of atomic motion in solids, Brownian motion, an explanation for capillary action and much more.

Many of Pasteur’s experiments supported the germ theory of disease, they helped show that microorganisms are the true cause of many diseases. In earlier times people believed that diseases were spontaneously generated, over time this theory was superseded thanks to the work of Pasteur and many others.

Pasteur’s work also included breakthroughs in the field of chemistry. He discovered the molecular basis for the asymmetry of certain crystals, made discoveries related to the nature of tartaric acid and was the professor of chemistry at the University of Strasbourg.

Pasteur studied the immune system and vaccination through research on chicken cholera and other diseases. He helped produce the first vaccine for rabies, saving the life of a young boy in 1885 who became the first person to receive such treatment.

In honor of his work and influential contributions, Pastuer was made a Grand Croix of the Legion of Honor, a prestigious French order.

Famous Louis Pasteur quotes include: “Science knows no country, because knowledge belongs to humanity, and is the torch which illuminates the world.”

“I am on the edge of mysteries and the veil is getting thinner and thinner.”

“I am utterly convinced that Science and Peace will triumph over Ignorance and War, that nations will eventually unite not to destroy but to edify, and that the future will belong to those who have done the most for the sake of suffering humanity.”

“One does not ask of one who suffers: What is your country and what is your religion? One merely says: You suffer, that is enough for me”

Marie Curie was a chemist and physicist famous for becoming the first person to be awarded two Nobel Prizes. She was brought up in Poland before eventually moving to France and obtaining French citizenship.

After French physicist Henri Becquerel first discovered a strange source of energy coming from uranium (radioactivity), Marie Curie decided that this would make a good field for research. With the help of her husband and his vital electrometer, she made numerous scientific discoveries including showing that radiation did indeed come from the atom itself rather than an interaction between molecules.

In 1911 Marie Curie was awarded another Nobel Prize, this time in Chemistry, for her discovery of radium and polonium and subsequent research.

In 1932 Marie Curie founded the ‘Radium Institute’ in Warsaw, Poland. The name was changed after World War II to the ‘Maria SkĹ‚odowska-Curie Institute of Oncology’. The institute carries out specialized cancer research and treatment.

Famous Marie Curie quotes include: “We must not forget that when radium was discovered no one knew that it would prove useful in hospitals. The work was one of pure science. And this is a proof that scientific work must not be considered from the point of view of the direct usefulness of it. It must be done for itself, for the beauty of science, and then there is always the chance that a scientific discovery may become like the radium a benefit for humanity.”

“One never notices what has been done; one can only see what remains to be done.”

"If I were not a physicist, I would probably be a musician. I often think in music. I live my daydreams in music. I see my life in terms of music.... I do know that I get most joy in life out of my violin."

"Physical concepts are free creations of the human mind, and are not, however it may seem, uniquely determined by the external world."

"I am enough of an artist to draw freely upon my imagination. Imagination is more important than knowledge. Knowledge is limited. Imagination encircles the world."

Other significant work by Newton includes the principles of conservation related to momentum and angular momentum, the refraction of light, an empirical law of cooling, the building of the first practical telescope and much more.

Newton moved to London in 1696 and took up a role as the Warden of the Royal Mint, overseeing the production of the Pound Sterling.

Newton was known to have said that his work on formulating a theory of gravitation was inspired by watching an apple fall from a tree. A story well publicized to this very day.

"If I have seen further it is only by standing on the shoulders of Giants."

"I can calculate the motions of the heavenly bodies, but not the madness of people."

"I do not know what I may appear to the world, but to myself I seem to have been only like a boy playing on the sea-shore, and diverting myself in now and then finding a smoother pebble or a prettier shell than ordinary, whilst the great ocean of truth lay all undiscovered before me."

"Truth is ever to be found in simplicity, and not in the multiplicity and confusion of things."

Pierre Curie was a French physicist who made many breakthrough discoveries in radioactivity, crystallography and magnetism.

Some of his contributions to science include: The Curie Point – a temperature level where ferromagnetic substances lost their ferromagnetic behavior, Curie’s Law – the effect of temperature on paramagnetism, demonstrating the electric potential of crystals when compressed, designing an extremely accurate torsion balance for measuring magnetic coefficients and his combined work on radiation, isolating polonium and radium with his wife Marie Curie.

The discovery of these moons was not supported by the scientific principles of the time and Galileo had trouble convincing some people that he had indeed discovered such objects. This was similar to other ideas put forward by Galileo that were very controversial at the time.

The Geocentric model of the universe which was embraced by earlier astronomers had the Earth at the center of the universe with other objects moving around it. Work by Galileo, Nicolaus Copernicus and Johannes Kepler helped to supercede this theory with the more accurate heliocentric model. Such a view of the universe differed strongly with the beliefs of the Catholic Church at the time and Galileo was forced to withdraw many of his ideas and even spent the final years of his life under house arrest.

Darwin’s ideas created a lot of discussion regarding the impact on various scientific, religious and philosophical viewpoints. Although most of those in educated society accepted the theory of evolution, many still challenge its existence despite the wealth of evidence supporting it.

Although in later life Darwin suffered from a range of illnesses, he continued with his research and undertook new experiments to help support his ideas while at the same time forming new ones in other fields.

Other famous work by Charles Darwin includes: ‘The Expression of Emotions in Man and Animals’, ‘The Descent of Man, and Selection in Relation to Sex’, ‘The Power of Movement in Plants’ and ‘The Formation of Vegetable Mould Through the Action of Worms’.

Famous Charles Darwin quotes include: “Owing to this struggle for life, any variation, however slight and from whatever cause proceeding, if it be in any degree profitable to an individual of any species, in its infinitely complex relationship to other organic beings and to external nature, will tend to the preservation of that individual, and will generally be inherited by its offspring.”

“We can allow satellites, planets, suns, universe, nay whole systems of universe, to be governed by laws, but the smallest insect, we wish to be created at once by special act.”

“I have watched how steadily the general feeling, as shown at elections, has been rising against Slavery. What a proud thing for England if she is the first European nation which utterly abolishes it!”

Galileo refused to believe Kepler’s theory that the moon caused the tides, instead believing it was due to the nature of the Earth’s rotation (helping prove that even the smartest people can make mistakes).

Famous Galileo quotes include: “In questions of science the authority of a thousand is not worth the humble reasoning of a single individual.”

“See now the power of truth; the same experiment which at first glance seemed to show one thing, when more carefully examined, assures us of the contrary.”

“Alas! Your dear friend and servant Galileo has been for the last month hopelessly blind; so that this heaven, this earth, this universe, which I by my marvelous discoveries and clear demonstrations had enlarged a hundred thousand times beyond the belief of the wise men of bygone ages, henceforward for me is shrunk into such a small space as is filled by my own bodily sensations.”

The influence of Aristotle’s work on the physical sciences spread far and wide, offering well thought out theory and reasoning that would prevail for many years to come before eventually being replaced by modern physics.

As well as science, Aristotle wrote on many other subjects including poetry, music, theater, logic, metaphysics, rhetoric, ethics and politics.

The majority of Aristotle’s original work has been lost through the passage of time but around one third of it still remains to this day.

Aristotle was a student of Plato. When he was around eighteen years old, he moved to Athens to be further educated at Plato's Academy, where he stayed for nearly 20 years.

Alexander the Great became a student of Aristotle in 343BC and took much advice from his teacher despite a falling out near the end of Alexander’s life. Aristotle was also a teacher to Ptolemy and Cassander, who would both eventually be crowned kings.

Aristotle was also a natural historian, recording data and analyzing the sea life around areas such as Lesbos. His observations and interpretations were frequently years ahead of their time.

Famous Aristotle quotes include: “Time crumbles things; everything grows old under the power of Time and is forgotten through the lapse of Time.”

“In all things of nature there is something of the marvelous.”

“Misfortune shows those who are not really friends.”

“He who has overcome his fears will truly be free.”

Alexander Graham Bell was an influential scientist, engineer and inventor.

He is widely credited with the invention of the first practical telephone.

Bell’s mother and wife were both deaf, this had a major influence on his work.

He didn’t have the middle name “Graham” until he turned 11 when his father gave it to him as a birthday present. He’d earlier asked to have a middle name like his two brothers.

Bell became an excellent piano player at a young age.

When he was 23, Bell and his parents moved to Canada.

Bell studied the human voice and worked with various schools for the deaf.

Bell experimented with sound, working with devices such as a ‘harmonic telegraph’ (used to send multiple messages over a single wire) and a ‘phonautograph’ (used to record sound).

He worked on acoustic telegraphy with his assistant, an electrical designer named Thomas Watson.