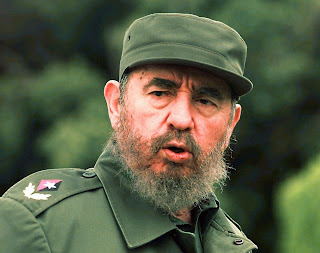 Fidel Castro is a former Cuban political leader and dictator. He was born on August 13, 1926 to Angel Castro and Argiz, a sugar cane producer, and Lina Ruz Gonzalez. His full name at birth was Fidel Alejandro Castro Ruz. Fidel attended boarding schools and private schools as a child, but preferred sports over school. Eventually Fidel studied law at the University of Havana, where he became interested in activism and anti-US. The intervention is growing. He became president of the University Student Federation and began to oppose the corrupt government in Cuba. His political aspirations led him to overthrow the government in Cuba and served as Prime Minister of Cuba from 1959 to 1976 and as President of Cuba from 1976 to 2008 when he retired for health reasons.

Castro became a political activist while in law school at the University of Havana.

Known for a fondness for Havana cigars, he quit smoking in 1985 for health reasons.

Castro was in power for 49 years. In that time, there have been 10 U.S. presidents.

Fidel's mother was actually the maid to Angel's first wife. After they divorced she became Angel's wife.

He once said that one of his favorite books was Ernest Hemingway's For Whom the Bell Tolls, which is set during the Spanish Civil War in the late 1930s.

Fidel's parents did not marry until Fidel was 15. When he was 17 he was able to change his last name from Ruz to Castro legally.

Although he has been known to give speeches lasting seven hours, Castro hasn't published much work during his long career.

In 1947 Fidel went to the Dominican Republic to join an attempt to overthrow Rafael Trujillo, but the attempt failed.

As a younger man, his interests included spearfishing, cooking, and reading.

Back in Havana, Fidel attempted to reform Cuba's government by joining an anti-communist party. The election resulted in a loss, and despite the party's leader Chibas' continued determination, he never won an election. Chibas' eventually killed himself because of his failure to accomplish what he promised the people.

During a U.S. News interview in 1994, Castro was asked about the prospects of political liberalization and replied that Cuba can be ruled only by the revolution.

Fidel married Mirta Balart in 1948 and together they had one child named Fidelito.

He started wearing a beard as a young revolutionary living in the mountains.

Fidel's failed attempt to win a seat in the Cuban parliament in 1952 led him to having little income and no political platform.

Mirta filed for divorce when Castro was still in prison after his love letters to another Cuban socialite, Natalia Revuelta, and Castro's letters to his wife were switched.

Fidel Castro attempted to overthrow General Fulgencio Batista's dictatorship in 1953 but he was captured and sentenced to 15 years. His arrest and conviction and imprisonment made him famous in Cuba.

His father was an immigrant laborer from the Galician region in Spain but eventually became a prosperous landowner.

An amnesty deal set Fidel free in 1955. His marriage ended in that year as well.

In a 1992 interview, Castro said that "it doesn't sound too good to say I am the son of a landowner, so let us rather say I am the grandson of exploited Galician peasants."

Fidel Castro went to Mexico and met Che Guevara. He learned about guerrilla warfare and returned to Cuba in 1956 with 81 insurgents. They attempted to overthrow Batista but most were either captured or killed. Fidel and his brother escaped.

634 are the number of times Fidel Castro says people made attempts on his life.

For the next several years Fidel Castro led several military campaigns and in 1959 Fidel Castro was successful and took control of Cuba.

Ubre Blanca (the white udder) was the name of one of Fidel Castro’s most prized possessions. The cow produced an astonishingly high amount of milk, much to the surprise of many.

Fidel owned the cow in the 1980s, who produced 110 Liters of milk in a day, and she became a propaganda tool for Cuba’s agriculture.

Fidel implemented many reforms that favored Cuba and not the United States, resulting in his label as a 'Communist', and 'dictator' by the U.S.

After handing over power to his younger brother Raul in 2006, Fidel Castro retired to one of his top-secret investment homes, a military-style fortress in Punto Cero.

Political relations between the U.S. and Cuba worsened as Cuba established diplomatic relations with the Soviet Union.

There were an estimated 638 assassination attempts on Fidel Castro by the CIA while in power.

Castro used to work extremely long hours, usually going to be in the wee hours of the morning.

Over the years many Cubans fled their country to escape his regime. Most fled to Miami, Florida.

He, in 2012, was named the World’s Most Influential Personalities of all time.

In 2008 Fidel Castro turned over the Cuban presidency to his brother Raul, due to his own failing health.

The Cuban communist dictator, who was born to a wealthy landowner had 11 children from 5 different marriages and relationships.

Fidel once gave a speech that went on for approximately seven hours.

His firstborn son Fidel Castro Diaz-Balart also known as Fidelito was a nuclear scientist and who died in 2018.

There is a Castro Museum named after him on the sugarcane farm he was born in, in the small town of Biran in Cuba.