Facts About The Beatles 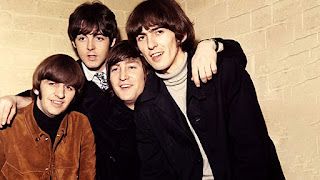 The Beatles were one of the most famous and influential English rock bands of all time, formed in 1960. In the early years, the band included Pete Best and Stuart Sutcliffe, but the band eventually became famous in the early 60s with members John Lennon. , Paul McCartney, Ringo Starr and George Harrison. The Beatles were also known as the Fab Four, and by 1964 they had gained international fame, paving the way for British bands to enter and dominate the pop-pop market. The band became so famous for their mix of 1950s rock, beat, hard rock, psychedelic, pop and even Indian music that spawned Beatlemania, an intense fan frenzy that made it impossible for them to perform live in 1966 because of all the screaming fans in the audience. The Beatles split in 1970, but left an indisputable mark on the music industry.

The principle members of the Beatles were John Lennon, Paul McCartney, Ringo Starr, and George Harrison.

Mal Evans was The Beatles’ road manager and an unconventional contributor to some of their biggest hits: He was responsible for sounding the alarm clock on A Day in the Life and struck the cow bell on With a Little Help from My Friends.

In 1958 John Lennon was in a band called The Quarry Men. He made a record with Paul McCartney and George Harrison, singing the lead himself on the four tracks.

The original 1967 Sgt. Pepper's Lonely Hearts Club Band LP has a back cover filled with every word from every song on the album – the first time a rock album had ever done this.

While in Germany in the first few years of the 60s George Harrison was deported because German authorities realized he was too young to be performing in nightclubs.

Paul McCartney's song Yesterday had its music written before the lyrics. Paul used the working line 'scrambled eggs, oh my baby how I love your legs' before coming up with 'yesterday, all my troubles seemed so far away.'

When the Beatles began recording in 1962 at Abbey Road Studios in London, England they had to replace the drummer Pete best. Ringo Starr was chosen, and the Fab Four was established with the four members who would go down in history as the Beatles.

The first album that was written entirely by the Beatles was A Hard Day's Night. John Lennon and Paul McCartney were responsible for the 13 tracks.

Penny Lane, in Liverpool, experienced constant disappearances of its street sign ever since the 1967 hit of the same name.

The Beatles held the top five spots on the Billboard Hot 100 for the week ending April 4th, 1964. The songs were Can't Buy Me Love, Twist and Shout, I Want to Hold Your Hand, and Please Please Me.

John Lennon’s father was absent for much of his early life but showed up when his son became famous.

The Beatles had 20 singles that topped the Billboard Hot 100 in the United States.

A friend of John Lennon’s from art school, Stu Sutcliffe, handled the bass duties when the band was living and working in Hamburg, Germany during the early 1960s, while McCartney stuck to rhythm guitar.

The Beatles released 20 albums that made it to No. 1 on the Billboard album charts.

The Beatles met Bob Dylan during their 1964 tour of the United States, and the singer-songwriter offered them some cannabis to smoke. They enjoyed the experience, and all four Beatles began smoking marijuana on a regular basis.

In 1970 the Beatles broke up, and all four former members recorded solo albums.

While touring the Philippines, the Beatles turned down an invitation to meet the first lady Imelda Marcos. This was not an intentional snub, but Marcos took it as such.

In 1980 John Lennon was shot and killed outside his apartment building in New York City. The three remaining Beatles recorded All Those Years Ago in John Lennon's honor.