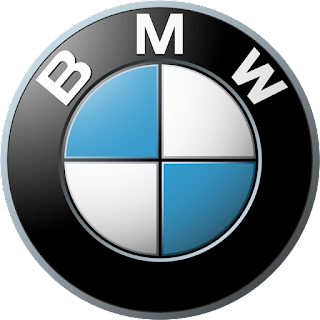 BMW stands for Bayerische Motoren Werke, a luxury car company in Germany. The company was founded in 1916 by Franz Joseph Pop, Carl Rapp and Camilo Castiglioni. BMW was founded when Rapp Motorenwerke and Bayerische Flugzeugwerke were restructured and aircraft engines were built at the outbreak of the First World War. In 1929 BMW bought the Eisenach vehicle factory and started producing cars. During the Second World War, automobile production ceased and aircraft and motorcycle engines became the focus of the company. After the war, the company struggled but eventually became known as one of the most famous luxury car manufacturers in the world.

The company is over 100 years old.

BMW was prohibited from making any more engines for warplanes as part of the Treaty of Versailles at the end of World War I.

During World War II BMW avoided going bankrupt by making pots and pans and other items like bicycles and garden spades.

In 1959 BMW almost went bankrupt. Mercedes tried to take over but a private investor stepped in and saved BMW.

Mechanics even bought shares in attempt to stop the takeover. This family still owns shares in BMW today. The rivalry between Mercedes and BMW still continues today.

The grills on the front of a BMW are called 'kidney grills'. They first appeared on the BMW 03 in 1933.

The BMW logo is derived from the Bavarian national flag, not airplane propellers like everyone thinks. The blue and white colors are from the flag.

BMW headquarters in Munich, Bavaria, is designed to look like a four cylinder engine.

In 1937 BMW built the fastest motorcycle at the time. It was able to reach speeds of 278 kilometers an hour.

BMW still makes parts for some of its vehicles that were built decades ago.

BMW cars are similar to LEGOS in that parts from different series can be used on different BMW vehicles.

The Phantom, and Ghost, both Rolls-Royce vehicles, are made by hand in Goodwood.

BMW's Mini is sold in more than 70 countries around the world.

BMW makes a Klimatabeiter Climate Control System that is standard in some BMW models. This device is able to recreate the climates of 23 different regions inside the car.

It is estimated that BMW employs 106,000 people around the world.

BMW's slogan for longer than 35 years has been 'The ultimate driving machine'.

BMW has also made Formula One race cars in the past, but stopped in 2009. They continue to make sport cards and touring cars.