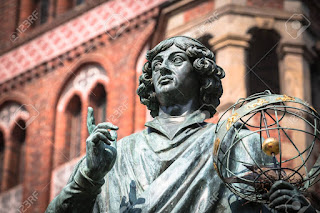 Nicolaus Copernicus was an astronomer, mathematician, and scientist born in the 15th century. He identified the fact that the sun, not our earth, is the center of our universe. Nicolaus Copernicus was born on February 19, 1473 in Torun, Poland. He is the youngest of four children born to commercial parents. When Nikolai's father died at the age of 10, the Bishop of Varma, Lucas Vatzenrode, decided that Nikolai's education was his responsibility. Nicholas entered Cracow University in 1491 and graduated in 1494. His first job was as a canon at Frombork Cathedral in Torun. This position allowed him to continue his education in his spare time, leading to the heliocentric model of the universe.

Copernicus studied mathematics and astronomy at the University of Krakow.

Nicolaus Copernicus' mother was Barbara Watzenrode. She was the daughter of a wealthy merchant.

Through his uncle’s influence. Copernicus was appointed a canon (church official) of the Catholic Church. He used the income from the position to help pay for additional studies.

Nicolaus' father was Nicolaus Copernicus Sr. He was a merchant of copper.

Copernicus studied law and medicine at the universities of Bologna, Padua, and Ferrara in Italy.

Nicolaus had three older siblings. His older brother was Andreas Copernicus, a canon. His sister Barbara was a Benedictine nun and a convent prioress before she died. His other sister Katharina married a Torun city councilor and had five children.

Copernicus’ observations of the heavens were made with the naked eye.

It was in De Revolutionibus Orbium Coelestium (On the Revolutions of the Heavenly Spheres) Copernicus first suggested the SUN, not the EARTH, is the center of the universe.

He was the leading physician in Warmia. He organized the Polish defence during the siege of Allenstein.

He was the chancellor of the Frombork Cathedral Chapter. Copernicus served as an administrator in Allenstein.

It is believed that Nicolaus Copernicus could speak Latin, German, Polish, Greek and Italian.

He independently arrived at the Gresham’s theory of money.

Nicolaus Copernicus' research into the universe led him to read Regiomontus' Epitome of the Almagest. This book gave an alternative to Claudius Ptolemy's model of the universe, which was generally accepted as true at the time.

By 1508 Nicolaus Copernicus had begun to create his model of the planetary system, suggesting the sun instead of our earth was the center of the universe.

Copernicus is considered the founder of modern astronomy.

Nicolaus was not the first astronomer to suggest the sun as the center of the universe. Earlier astronomer's ideas were not accepted because the Roman Catholic Church did not accept them.

His work established the Heliocentric model.

Nicolaus model of the universe was accepted whereas earlier models had not been because his was more detailed and accurate. He also had a better formula for the calculation of planet's positions at different times of the year.

The Heliocentric model of Copernicus laid the foundation of the scientific revolution.

Galileo Galileo was able to confirm Copernicus was right about his theory using his telescope.

Some of the major scientists that followed Copernicus’ footsteps and proved him right were Tyson Brahe, Johannes Kepler, Rene Descartes, Isaac Newton, and Francis Bacon.

Nicolaus showed that only 34 circles were necessary to illustrate the motion of planets.

Copernicus's work ‘On the Revolutions of Celestial Spheres’ was published shortly before he died in 1543.

The Roman Catholic Church criticized Nicolaus' theories. It went so far as to ban Nicolaus' book De revolutionibus after he died. It remained a forbidden book for almost three hundred years.

The chemical element Copernicum is named after Copernicus. It has the symbol Cn and atomic number 112.

Nicolaus Copernicus never got married and never had any children of his own.

Famous Nicolas Copernicus quotes include: “Finally we shall place the Sun himself at the center of the Universe.”