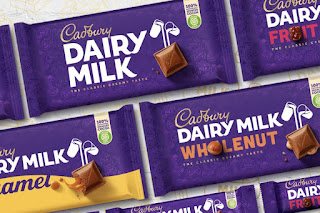 Cadbury is a confectionary organization that was established in Birmingham, United Kingdom, in 1824 by John Cadbury. Cadbury is the world's second biggest confectionary organization, after Wrigley's. John Cadbury set up the organization to sell tea and espresso alongside chocolate drinks. In 1847 the organization was renamed Cadbury Brothers when his sibling Benjamin turned into John's accomplice. In 1861 John Cadbury's children assumed control over the business, however it was at that point in a tough situation. The siblings zeroed in on chocolate rather than espresso and tea and it became beneficial once more. Dairy Milk was acquainted with the product offering in 1905 and by 1914 was its smash hit item.

Cadbury is the second largest sweet (candy) and chocolate company in the world. They employ 70,000 people in 50 countries.

George Cadbury bought 120 acres of land in 1893 and built a village for Cadbury workers and their families to live.

Cadbury is a fairtrade product. They were certified back in 2008 and have increased the amount of fair trade cocoa sourced in West Africa.

Cadbury Crème eggs were introduced to the market in 1923.

In 1933 Cadbury built its first factory on Ossory Road, Dublin.

The Cadbury Fruit and Nut bar was released in 1928 and the Crunchie was introduced in 1929.

In 1969 Cadbury merged with Schweppes to become Cadbury Schweppes. In 2007 the merger ended and the company split into two separate entities.

Cadbury is in 40 countries.

In 2012 the confectionary portion of Kraft became Mondelez International.

Cadbury Flake was invented by a factory worker.

Roald Dahl was inspired by Cadbury.

There are 1.2 million Cadbury Crème Eggs made every 24 hours, as well as 5.5 million blocks of Cadbury Dairy Milk.

When fresh milk was banned in 1941, Cadbury had to stop its production of its Dairy Milk bars.

When the company revealed in 2015 that they had changed the Cadbury Crème Egg recipe the sales dropped by $6 million.

Every year there are approximately 350 million Dairy Milk Bars sold.

Queen Victoria sent out a Royal Warrant to Cadbury to “manufacture cocoa and chocolate for Queen Victoria” in 1855.

Cadbury owned the purple color Pantone 2685c. Nestle took over after winning a court case for the rights to the color.

Cadbury were the pioneering company that first started not working on bank holidays.

In 1824, John Cadbury opened a grocer's shop in Birmingham and he sold cocoa and drinking chocolate, which he prepared himself using a pestle and mortar.

Cadbury was the first company to close down on bank holidays to give employees a holiday.

At the Bournville factory on present day, 1.2 million Cadbury Creme Egg, 5.5 million blocks of Cadbury Dairy Milk and 1 million Wispas are made every 24 hours.

Queen Victoria gave Cadbury the first Royal Warrant in 1854, making them the official cocoa and chocolate makers to Her Majesty.

Cadbury wasn't always the signature purple and gold wrapping it is today. Until 1920, it was actually pale mauve with red script.

The first Cadbury Easter egg was made in 1875.

During World War II Cadbury had to change their recipe and remove dairy milk from the shelves. They were not allowed to use fresh milk and had to use skim milk powder. The chocolate bar was called Ration chocolate.

Cadbury's Curly Wurly appeared on the market in 1970, along with Old Jamaica.

Creme Eggs dropped a massive £6 million in sales figures in 2015 after parent company Mondelez revealed they had sneakily changed the recipe.

Although the Crème Egg appeared in 1923 it is not the same as the crème Egg on the market today. The current version hit the shelves in 1971.

The first bar of milk chocolate was made in 1897, when Cadbury had lots of cocoa butter left over from making Cocoa Essence, so they used it to make bars of chocolate.

350 million bars of Dairy Milk are sold every year, which is almost one million a day.

The purple colour Pantone 2685c was initially owned by Cadbury, until Nestlé took them to court over it.

In 2008 the CEO of Cadbury earned more than 4 million pounds in salary and bonuses.