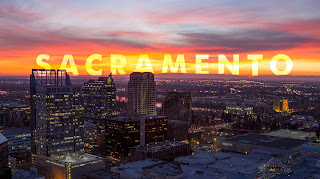 Sacramento is actually California’s sixth capital since 1854. It was the state capital in the past, was then dropped, and then, of course, is now the reigning city once again. Prior capitals include Monterey, Vallejo, Benicia, and San Jose.

Sacramento is located where the American River and Sacramento River converge.

When Sacramento renovated the Capitol building in 1976, it was recorded as the largest restoration project in U.S. history at that time.

Sacramento is home to the original Pony Express. This expansive mail delivery service originated in Sacramento and stretched all the way to Missouri.

Sacramento has a prolific amount of museums. From the California State Railroad Museum to the Crocker Art Museum, there are dozens of free and admission-paid museums in the Sacramento region. The Crocker, a local downtown art museum, is the longest-running art museum in the western United States.

The Pony Express that stretched from Sacramento to Missouri originated in Sacramento in 1860.

The Sacramento Jazz Festival was held for more than 40 years (ending in 2017) and took place every Memorial Day weekend. Multiple cultures and socioeconomic backgrounds came together in Old Sacramento to enjoy some incredible local talent from all genres of music.

Sacramento has had several nicknames over the years including Sactown, the Big Tomato, River City, City of Trees, and Camellia Capital of the World.

The Sacramento Zoo is a historical treasure. It’s been around since 1927 and continues to delight visitors from various generations. The zoo has experienced many transitions but still plays host to the regular opportunity for school and non-profit groups to sleep over on the property and enjoy nature in the middle of the night.

Sacramento's Discovery Park is submerged in the winter to help control flooding.

Sacramento processes more almonds than anyone else in the world. Blue Diamond has its headquarters here, and during harvest time each year brings millions of pounds of almonds to market.

In Old Sacramento, the streets are cobblestone and there are many buildings dating back to the 1850s and 1860s.

Currently, Sacramento is home to 500,000 residents in the official city of Sacramento, along with 1.9 million in the surrounding towns, cities, and counties.

Sacramento is home to the California State Railroad Museum, which houses 21 restored locomotives.

Sacramento’s climate is considered to be Mediterranean. We enjoy mild temperatures with plenty of sunshine. Unfortunately, this can also mean a heat wave in summer months.

The only city in the world with more trees than Sacramento is Paris, France.

In Sacramento alone you will find the Sacramento Ballet, Sacramento Opera, Sacramento Theatre Company, and California Musical Theater. The latter hosts Broadway touring companies whenever they come to town.

Despite being an inland city, Sacramento has a thriving port, accessible via the San Joaquin Delta River and Sacramento River.

The Sacramento region is also home to over 30 theaters, museums and more. The Second Saturday Art Walk exists to promote these grassroots arts groups.

There is a large tunnel network under the city of Sacramento, but it became evident that the city would have to be raised to deal with flooding, and the tunnels were abandoned.

Many nightclubs exist all over Sacramento, including line dancing, swing dancing, hip-hop, and good old fashioned rock and roll.

Sacramento is home to the art museum The Crocker, which is the oldest art museum in the western U.S.

Before they were the Kings, they were a semi-professional team from Rochester, NY known as The Royals. They then became the Kansas City Kings and in 1985 became the Sacramento Kings.

Sacramento Zoo was founded in 1927. School and other groups can have a sleep over in the zoo to experience nature and the zoo at night.

The Kings have almost been relocated four times since their 1980s move to Sacramento. The first attempt was to relocate to Anaheim in 2011. Next, the Sacramento rail yards downtown became a real prospect. The Maloof family backed out of the deal. Virginia Beach then tried to lure the Kings away from Sacramento. Seattle was the well-covered move opportunity in 2013. The deal was called off when a Bay Area businessman purchased the team and kept them in Sacramento.

The biggest almond processing plant in the world is located in Sacramento. It is the Blue Diamond plant, which processes as many as 12 million pounds a day during harvest.

The climate in Sacramento is Mediterranean, with mild temperatures and lots of sun.

The Kings mascot is a lion named Slamson. You will often see him at games and at city events.

There are many attractions in Sacramento that can be enjoyed without paying a fee including museums on Free Museum Day, Jelly Belly Factory, Second Saturday Art Walk, American River Bike Trail, and Folsom Lake, which is a recreational area with 75 miles of shoreline.

If you’ll be visiting Sacramento for the first time, you’ll find it best to visit in the spring or autumn. Summer weather gets as hot as 115 degrees, although temperatures rarely reach such extremes.

Sacramento is home to California's largest 'Certified Farmers Market'. There are at least 50 farmers markets in the city thanks to the climate and ability to grow produce with high yields.