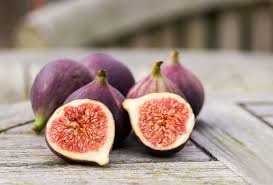 Sacramento is the capital city of the state of California, located in the northern region of Central Valley. It is believed that Native Americans inhabited Sacramento's region for thousands of years prior to Spanish exploration in the early 1800s. Gabriel Moraga explored Sacramento River and Sacramento Valley in 1808 and named both 'Sacramento' after they were christened after the Holy Communion. Sacramento is Spanish for sacrament. In 1839 Mexico granted John Sutter 50,000 acres, calling the area New Helvetia. In the mid-1880s gold was discovered in the region and the city of Sacramento, 2 miles south of New Helvetia. Sacramento is California's oldest incorporated city, and grew from a population of 10,000 in the 1850s to 485,199 by 2014.Fig is a flowering plant that belongs to the genus Ficus. This plant is native to Middle East and western parts of Asia. Today, figs are grown commercially throughout the world. New varieties of figs were created via selective breeding. Biggest productivity and sweetest fruit are associated with warm, temperate regions that have enough sunny periods during the day. Besides being used in human diet, figs are used in pharmaceutical industry in the manufacture of different creams and lotions. People also cultivate figs for ornamental purposes.

Fig trees have no blossoms on their branches. The blossom is inside of the fruit! Many tiny flowers produce the crunchy little edible seeds that give figs their unique texture.

Fig is a medium-sized tree that can reach 10 to 30 feet in height. Occasionally (under exceptional climate conditions), fig can grow up to 50 feet.

Figs are harvested according to nature’s clock, fully ripened and partially dried on the tree.

Fig has large leaves that are divided in three to five lobes. They are easily recognized because, according to the Bible, Adam and Eve used leaves of fig to cover their nudity.

Root of the fig is usually located near the surface of the ground. Diameter of the root is 3 times bigger than the crown.
Certain figs, such as those living in South Africa, have incredible deep roots. Deepest recorded root reaches the depth of 400 feet.

Fig puree can be used to replace fat in baked goods.

Fruit of fig is actually inverted flower which blooms inside the fleshy structure. Flower is not visible from the outside. Scientific name for this type of flower is infructescence.

California grows many varieties of figs, but the two most common are the amber-colored, slightly nutty-flavored Golden and the dark purple, sweet Mission.

Figs are pollinated by special type of wasp which enters the infructescence through a tiny passage. Various animals eat figs and disperse their seed via feces.

California produces 100% of the nation’s dried figs and 98% of the fresh figs.

All figs are divided in four categories based on the type of flower and method of reproduction. Only one type of fig, called caprifig, produces pollen while other three types depend on its pollen. Figs can reproduce without pollen in the process called parthenogenesis (produced fruit is sterile).

The Spaniards introduced Mission Figs to the California territory in the early 16th century.

Besides from seeds, fig can develop from cuttings, tissue cultures and grafts. This type of reproduction (called vegetative) is faster compared to the reproduction via seed.

The priests at Mission San Diego originally planted figs in California in 1769. This is how the dark purple fig became known as “Mission.”

Figs normally produce fruit on the branches. Certain types of figs in Philippines are able to develop fruit on the stem.
Figs are rich source of fibers, mineral and vitamins. Figs have pleasant and sweet taste. They can be consumed raw, dried or as a part of sweet and salty meals.

Many believe it was figs that were actually the fruit in the Garden of Eden with Adam and Eve, not apples.

Figs also have several health benefits. Fruit can be used in the treatment of chest congestion and as a facial mask (that tightens the skin). Juice extracted from the leaves can be used to soothe insect bites.

The early Olympic athletes used figs as a training food. Figs were also presented as laurels to the winners, becoming the first Olympic “medal.”

Figs are recommended to the people who would like to quit smoking. Due to high alkalinity of the fruit, figs diminish desire for cigarettes.

In Roman times figs were considered to be restorative. They were believed to increase the strength of young people, to maintain the elderly in better health and to make them look younger with fewer wrinkles. –Pliny (52-113 AD).

People also use figs as a substitute for coffee.

Figs made their first commercial product appearance with the 1892 introduction of Fig Newtons® cookies.

Milky sap produced in the green parts of the fig can induce skin irritations.

The fig tree is a symbol of abundance, fertility and sweetness.

Cultivated figs can survive around 35 years.

Eating one half cup of figs has as much calcium as drinking one-half cup of milk.