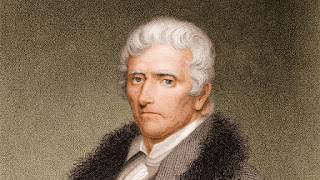 Daniel Boone was an American pioneer, explorer, woodsman, and frontiersman whose frontier exploits made him one of the first folk heroes of the United States.

When he was a teenager, Boone took his first long hunting trip. Animal furs and hides were in high demand in east coast and European cities, and Boone took his spoils to Philadelphia—and promptly, over the next three weeks, spent all of the money he earned on "a general jamboree or frolick."

Daniel Boone's father was a Quaker weaver and blacksmith, and a farmer.

In 1755, Boone joined the side of the British colonies and served as a teamster in General Edward Braddock's expedition.

Daniel learned how to chop wood by the time he was five. By the age of 10 he was caring for his father's cows.

When Boone got to the other side of the Cumberland Gap, he established Fort Boonesborough.

Daniel Boone became friends with the Delaware Indians as a child. They taught him survivor skills and he even began to dress like them.

While Boone was relatively chummy with Cherokee Indians, his move across the gap created palpable resentment among other native populations, who claimed Boone violated the Proclamation Line of 1763, which guaranteed Native Americans land west of the Appalachians.

Daniel Boone gained a reputation as the best sharpshooter in the land after moving to North Carolina.

In July 1776, Boone's daughter Jemima, along with two other teenagers, were abducted by Cherokee and Shawnee Indians while they were out canoeing.

In February 1778, Boone and a party of men were captured by Shawnee Indians.

While living with the Shawnee, Boone learned that the tribe was planning to attack Boonesborough.

Because he had such a deep knowledge of the local terrain, land surveyors often asked Boone to be their assistant whenever they explored the woods around Boonesborough.

Daniel Boone led an expedition into Kentucky in 1769, during which he discovered the Cumberland Gap. This gap was a narrow passage through the Appalachian Mountains. On the other side was perfect farming land and plenty of game.

By the 1780s, Boone had picked up enough knowledge to become a surveyor himself.

The Shawnee Indians captured Daniel Boone and sent him home, warning him not to return.

He surveyed at least 150 patches of new terrain.

In 1775 Daniel returned to Kentucky, built a road, fort, and settlement called Boonesborough.

Boone's legacy is inextricably linked with slavery—mainly because enslaved people saved his life on more than one occasion.

The road that Daniel Boone built in 1775 was called the ‘Wilderness Road'.

During the Revolutionary War (1775 = 1783) Daniel Boone served as a mmilitia officer.

Boone might have been a professional hunter, but he was no bumpkin. He was often carefully groomed.

The Indians tried to chase Daniel Boone away. They kidnapped his daughter but Daniel rescued her.

His family came to America to escape religious persecution.

The Indians also kidnapped Daniel Boone but he escaped.

Boone blazed a trail to Transylvania.

Daniel Boone and his family eventually to Missouri in 1799.

He was an international celebrity during his lifetime.

Boone was unlucky when it came to real estate.

Daniel Boone's rifle was nicknamed ‘Ticklicker'. He was such a good shot that people joked that he could shoot a tick off of a bear's back.

In 1799, Boone, then in his mid-60s, moved with his extended family from Kentucky, which achieved statehood in 1792, to present-day Missouri, then under Spanish control and known as Upper Louisiana.

One of Daniel Boone's nicknames was the ‘Great Pathfinder'.

Daniel Boone became famous internationally when his autobiography was published when he was fifty years old. It sold very well in Europe and at home.

The Daniel Boone half dollar was a U.S. commemorative coin issued from 1934 to 1938 in honor of the bicentennial of Boone's birth.

From 1964 to 1970 NBC aired a TV show about Daniel Boone (called Daniel Boone) that made him even more famous.

Boone lived much of the last part of his life with the family of his son Nathan in this home near present-day Defiance.

Daniel Boone wore a beaver hat, not a coonskin cap as he is often portrayed.

Daniel Boone was listed as member of the jury (July 1780).

Daniel Boone is credited with exploration and settlement of the state of Kentucky.

When Boone died at age 85, the gravediggers discovered an unmarked body had been buried next to Rebecca Boone (died 1813).