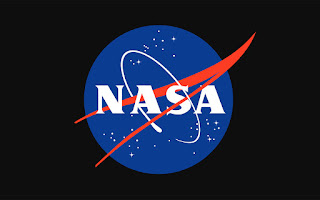 NASA is the short form for the National Aeronautics and Space Administration. NASA was established in 1958 by President Dwight D. Eisenhower, as a civilian independent agency of the United States federal government executive branch. NASA has since been responsible for the majority of space exploration originating within the United States. NASA was responsible for the Apollo moon-landings, Skylab, the Space Shuttle, the International Space Station, Commercial Resupply Services and Crew Program, and the Beyond Low Earth Orbit program. NASA has also been responsible for over 1,000 unmanned missions into space to explore the solar system and launch communication satellites.

NASA is responsible for the U.S. civilian space program, along with aeronautics and aerospace research.

Prior to the establishment of NASA, President Woodrow Wilson started the National Advisory Committee for Aeronautics (NACA). The program was meant to both supervise and to direct scientific research and study into flight problems.

NASA began to operate in 1958, one year after Sputnik 1 was launched by the Soviets. Sputnik 1 was the first artificial satellite in the world.

NASA was the successor of the NACA (National Advisory Committee for Aeronautics).

In 1972 a series of satellites were launched into space. Their purpose was to photograph the earth's surface from outer space.

NASA was created in 1958 from the National Aeronautics and Space Act of 1958.

Neil Armstrong was one week late submitting his application to NASA. His friend Dick Day slipped the application into the pile so that it wouldn't look like it was late.

Project Mercury was the first project of NASA.

NASA is known to show the movie Armageddon to new staff and question them about inaccuracies in the film. At least 168 have been identified.

The first manned spacecraft from NASA was Freedom 7 and carried Alan B. Shepard Jr. into space
on May 15th, 1961.

Bill Nye the Science Guy, a famous television show host, applied repeatedly to be an astronaut but NASA has continually rejected his application.

The headquarters for NASA is in Washington D.C. located on 300 E. Street SW.

NASA and the Department of Health, Education, and Welfare founded the Learning Channel (TLC) in 1972.

Because the Apollo astronauts did not qualify for life insurance by insurance companies, or even by NASA, they signed 'insurance autographs' prior to launch. If they died the hope was that the autographs would be worth a lot of money for their loved ones.

NASA is funded by the United States Federal Government, which the largest funding peaking in 1966, where it was 4.41% of the federal budget. In 2016, NASA received $19.3 billion dollars for Aeronautics, Earth science, exploration and planetary science.

There has been a lot of speculation that the moon landing was fake. In 2006 NASA admitted they had taped over the original tapes and they were no longer available.

NASA was the primary opponent of the Soviet space program during the space race.

Apollo 12 was struck by lightning but a NASA flight controller named John Aaron saved it. He also saved the Apollo 13 crew members when he developed a safe way to safely re-enter via a power up sequence.

NASA has a program for dealing with life on other planets, if it should be discovered, called the Office of Planetary Protection.

The NASA Space Shuttle program (1972 to 2011) was successful at creating a reusable space vehicle that could put humans into orbit. While the program was successful, two shuttles were lost in disasters, killing 14 astronauts. The lost shuttles were Challenger in 1986 and Columbia in 2003.

There are U.S. and Russian astronauts aboard the International Space Station. They keep separate water supplies.

It's reported that NASA will show new employees the movie Armageddon and ask them to identify as many scientific inaccuracies as they can.

NASA launched a space probe to Pluto in 2006. It was scheduled to arrive 9 years later.

NASA pays people to lay in bed for long periods of time to study the effects of prolonged weightlessness.

A person can't be recognized as an astronaut by NASA until they have traveled 50 miles from the surface of the earth.

The man who invented the super soaker water gun was a NASA scientist.

NASA designed a spaceship that is capable of using a nuclear explosion to deflect an oncoming asteroid.

There are 2 satellites named ‘Tom & Gerry’ that have been launched by NASA that follow each other in orbit around the Earth.

Three Yemen men sued NASA for trespassing on Mars by claiming they had inherited the planet thousands of years ago, from their ancient ancestors.

It was a NASA scientist that invented the Super Soaker squirt gun.