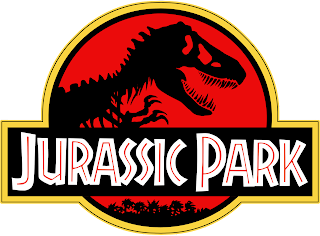 Jurassic Park is a 1993 movie about a wildlife park that scientists populated with genetically engineered dinosaurs. The movie was written by Michael Crichton and David Koepp. Michael Crichton also wrote the novel Jurassic Park, released in 1990. The movie takes place on a fictional island near Costa Rica. Much of the filming of Jurassic Park took place in Hawaii and California. Many of the dinosaurs were life-sized animatronics. The film was so popular and well-received that it won many awards including three Academy Awards. The sequels to Jurassic Park have been very successful as well, including The Lost World: Jurassic Park (1997), Jurassic Park III (2001), and Jurassic World (2015). Another movie is being scheduled for release in 2018.

When director Steven Spielberg and author Michael Crichton were working on a screenplay that would eventually become the television series ER, Spielberg asked the writer about the plans for his next book. Crichton told him about Jurassic Park, and Spielberg immediately tapped Universal to buy the film rights in May 1990—before the book was even published. He was so excited that he began storyboarding scenes from the book, even though there was no screenplay written yet.

Though excited about Jurassic Park, Spielberg wanted to direct his dream project—Schindler’s List—first. But MCA/Universal President Sid Scheinberg would only greenlight Spielberg’s Holocaust film if the director agreed to make his dinosaur picture first. Both films were released in 1993; Jurassic Park in June, and Schindler's List at the end of the year.

James Cameron, Tim Burton, and Richard Donner were also interested in Jurassic Park but Steven Spielberg won out in the end.

Most books that lead to movies end up taking the film’s poster as their cover art, but for Jurassic Park, it was the other way around: The iconic logo on the poster was adapted from designer Chip Kidd’s T. rex skeleton drawing used for the original novel.

The logistics of Spielberg’s original plans to bring the dinosaurs to life were inspired by the Universal Studios “King Kong Encounter” ride. Disney Imagineer Bob Gurr designed Kong as a full-size animatronic with an inflatable balloon-like skin surrounding a wire frame. Unfortunately, the plans to build all of Jurassic Park's dinosaurs as similarly full-size animatronics proved too costly.

Jurassic Park was directed by Steven Spielberg, and produced by Kathleen Kennedy and Gerald R. Molen.

When it was released Jurassic Park became the highest grossing film of all time. It beat Steven Spielberg's previous movie with this record - E.T. the Extra Terrestrial. It held this position until Titanic was released.

One Ian Malcolm line was inspired by a member of the effects team.

Sam Neill played Dr. Alan Grant, a role that had been turned down by Harrison Ford already.

Jim Carrey had tried out for the role that Jeff Goldblum ultimately won - as Ian Malcolm.

A huge hurricane hit the set during production.

Jeff Goldblum liked to read his lines out loud on set.

When the children are in the jeep and the T. rex is attacking them, the plexiglass was not supposed to break but the animatronic did the unexpected and broke it. So the screaming in that scene is real.

Spielberg had paleontologists serve as consultants on the film.

When Sam Neill threw the flare to distract the dinosaur, he was actually burned from the falling phosphorus used to make the flare.

Only one robotic dinosaur actually made it to the Hawaii set.

Jurassic Park is 127 minutes long. However only 15 minutes of the film actually includes dinosaur footage - they made every minute count. 6 minutes of screen time in those 15 minutes of dinosaur action were CG (computer generated) dinosaurs.

The sound design of the T. rex's roar was reportedly a composite of tiger, alligator, and baby elephant sounds. The deadly Dilophosaurus roar was created by combining howler monkeys, hawk screeches, rattlesnake hisses, and swan calls.

Steven Spielberg actually had palaeontologists work as consultants for the movie. He wanted to be sure that they appeared as realistic as possible in both their appearance and their behaviour.

The roar of the T. rex was generated from the sounds of a variety of animals including baby elephants, alligators, and tigers.

Other possible candidates for the roles in the film included William Hurt and Harrison Ford as Alan Grant, Christina Ricci as Lex, Sean Connery as John Hammond, and Robin Wright or Juliette Binoche as Ellie Sattler.

Various Jurassic Park theme parks and rides have been created since the movie's success, allowing fans of the movie to experience some of it up close.