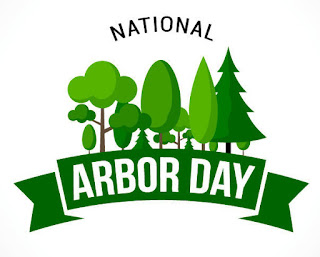 Arbor Day originated in Nebraska City, Nebraska on April 10th, 1872. On that first Arbor Day there were approximately 1 million trees planted. J. Sterling Morton, who served as President Grover Cleveland's Secretary of Agriculture, was the founder of Arbor Day. This holiday is meant to encourage people, whether in groups or as individuals, to plant and care for trees. From its beginnings in Nebraska, Arbor Day has grown to become a recognized holiday in many countries around the world.

In the United States, Arbor Day is now most commonly observed on the last Friday in April, though some states have moved the date to coincide with the best tree planting weather. For example, Arbor Day in Florida is observed on the third Friday in January, while in Alaska it is celebrated on the third Monday in May. Many other countries also observe the holiday but often on a different day and under a different name.

The date that a country celebrates its own Arbor Day can vary, depending on the planting season and climate.

In the 1970s, during President Nixon’s administration, Arbor Day was recognized nationwide. Moreover, Nixon encouraged the passage of environmentally-friendly bills including the Clean Air Act, Clean Water Act, Endangered Species Act, and the establishment of the Environmental Protection Agency.

Birdsey Northrop was chairman of the committee to introduce Arbor Day around the world. He was the first to introduce it to Japan and introduce the Japanese to Arbor Day in 1883.

In Hawaii, Arbor Day is celebrated on the first Friday of November, while in Alaska, the third Monday in May is the best tree planting season.

On April 22, 1885 Arbor Day became a legal holiday in Nebraska, the state where it originated. 1000 children formed a parade on that day.

In 2004, the National Arbor Day Foundation held a vote for America’s favorite tree and with 101,000 votes, the mighty oak won. Today, the oak is America’s national tree.

Aside from planting trees, Arbor Day also promotes conservation of rainforests, recycling programs, and the proliferation of the importance of trees.

J. Sterling Morton, who founded Arbor Day, built a family home that looked like the White House. Today the home and its 65 acres are known as Arbor Lodge and is now a state park. It is a 52 room mansion with over 250 different types of shrubs and trees.

There is a statue of J. Sterling Morton in the National Hall of Fame in Washington D.C.

J. Sterling Morton had the idea for Arbor Day because he thought there were not enough trees in Nebraska.

Schools across the U.S. celebrate Arbor Day by having children plant a tree and dedicate it to someone special.

In 1970, President Richard Nixon declared the last Friday in April to be Arbor Day.

Hawaii celebrates Arbor Day on the first Friday in November because of their planting season.

Alaska celebrates Arbor Day on the third Monday in May.

The National Arbor Day Foundation held a vote for America's favorite tree in 2004. The mighty oak won by a landslide, earning 101,000 votes. America's National Tree is now the oak.

One of the reasons that trees are so important is that they turn carbon dioxide into oxygen. They also provide shade, and grow fruit and nuts.

Today, Arbor Day is commonly celebrated in the United States every last Friday in April. In some parts of the world, the day is commemorated during the best tree planting weather.