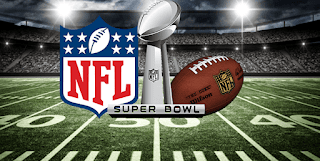 The first Super Bowl was held on January 15, 1967. The Green Bay Packers defeated Kansas City 35-10. It was played at the Los Angeles Memorial Coliseum.

A total of 12 teams have never won a Super Bowl.

When the Green Bay Packers won the first Super Bowl, each player received a bonus of $15,000. Kansas City players only received $7,500.

There’s only one starting quarterback who has won a Super Bowl title with two different teams. And his name is Peyton Manning.

Super Bowl Sunday is the second-largest day for food consumption in the U.S. Thanksgiving Day is the first.

Only one man has been named MVP for the losing team and his name is Chuck Howley.

Many times the Super Bowl is the most watched broadcast of the year on American television.

The AFC team and NFC team take turns being the home team.

111 million viewers watched in 2011, making it the most watched television program in American history.

The Patriots have appeared in the most Super Bowls.

For 20 years the most watched television show in history had been the last episode of M*A*S*H. The 2010 Super Bowl broke that record.

The Patriots and Broncos have lost the most Super Bowls.

It is second to the annual UEFA Championship League's final game for the most watched sporting event in the world.

Super Bowl LIII was the lowest scoring Super Bowl in the game’s history. The Patriots beat the Rams 13-3.

The cost for placing a commercial in the Super Bowl is more expensive than any other television event. The average cost is $2.8 million for 30 seconds of air time. In 1967, when the first Super Bowl was played, commercials only cost between 75,000 and 85,000 for a one minute commercial.

The Vince Lombardi Trophy is a football “mounted in a kicking position”.

On Super Bowl Sunday there are approximately 8 million pounds of guacamole eaten. To dip in the guacamole, approximately 14,500 tons of chips are consumed.

Tickets for the very first Super Bowl in 1967 cost an average of $6, which was apparently too pricy for many. According to Trinchero, there were 30,000 empty seats!

The Super Bowl holds nine of the ten spots for the most watched TV broadcasts of all time in the U.S.

Katy Perry, Bruno Mars, and even Beyoncé didn't get paid a single dime to perform at past Super Bowls.

Roman numerals are used in the Super Bowl (such as Super Bowl XV) because the football season falls in two calendar years.

The words "Commissioner," "Wilson" and, "Made in the U.S.A" have been imprinted on every single Wilson Super Bowl game football since day one.

Every year there are 72 footballs used for the Super Bowl. There are more than 700,000 footballs purchased for the NFL each year.

The football on top of the Lombardi Trophy is the exact size of an official "The Duke" football, which is 55 cm through the middle, 71 cm around the ends.

The San Francisco 49ers is the only team to have played in more than one Super Bowl and to have no losses. They are currently at five wins and no losses.

Jerry Rice, a San Francisco Hall of Famer, has caught eight touchdown passes in the Super Bowl. The second highest is three.

It's the second biggest eating day of the year for Americans.

During Super Bowl XLVII, two brothers were the head coaches of the opposing teams. It was the first time this happened in the Super Bowl (and in the NBA, MLB or NHL), and also the first time in any post-season game for all four major professional sports.

As of 2017, Super Bowl ads cost advertisers about $5 million for 30-second spots. When the Bowl first began, ads were a much more conservative $40,000, but they've climbed in cost every year since then.

The Lombardi Trophy, given to the winning NFL Super Bowl team, weighs seven pounds, 21" high, and worth $25,000. Vince Lombardi was the coach of the Green Bay Packers who won the first Super Bowl in 1967.

Super Bowl XLIX is the most-watched Super Bowl of all time, bringing in 114.4 million views.