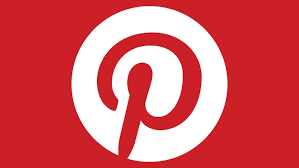 You can make every photo on your site easily Pinnable by adding one piece of code to your site. You simply would go to the Pinterest Widget Builder and it will create a code to add to your header scripts.

An estimated 47% of U.S. online shoppers have made a purchase based on a recommendation from Pinterest.

Shopify Customers referred by Pinterest place an average order of $80, compared to $40 for customers navigating from Facebook.

Pinterest hashtags may redirect traffic away from your site.

According to Pinterest, 93% did shop online in the past 6 months.

Shoppers referred by Pinterest are 10 percent more likely to follow through with a purchase than visitors from other social networking sites.

And a study by Shopify claims that the average value of sales for visitors from Pinterest is 50$ higher than for other traffic sources.

One of the more effective tactics to increase targeted distribution on Pinterest is participation on Group Boards. The tool that many people use to find the most appropriate boards for their intended audience is Pingroupie.

11% of Pinterest pins are in the Food & Drink Category.

According to Shareaholic Pinterest is the second best social networks when it comes to driving traffic to a website – right behind Facebook. Pinterest accounts for over 5% of all referral traffic. (Compared to over 25% for Facebook and less than 1% for all other social networks)

Mothers are 61% more likely to visit Pinterest as compared to the average American.

In addition, the numbers of orders via mobile devices from Pinterest have increased by 140% in the past 2 years.

While the lifespan of a tweet is less than 10 minutes, a pin can get 50% of its engagement after 3.5 months. That is incredible. That makes evergreen images all the more valuable because a pin will still be relevant months after they have been pinned.

81% of U.S. women online trust Pinterest as a source for information and advice.

In contrast to other social networks, you can reach more people with your pin than the sheer number of your followers. Many users discover pins via the search function. In fact, many Pinterest experts claim that Pinterest is not a social network at all but rather a search engine.

Promoted pins perform as well or sometimes even better than „normal“ pins. Plus advertisers see that their earned impressions (free, no advertising) saw an increase of 20% from their paid campaigns.

83 percent of active users prefer to follow a brand than a notable celebrity.

73 percent of active users prefer to follow a beauty brand than a notable makeup artist.

70 percent of active users prefer to follow a hair care brand rather than a notable hair stylist.

Pinterest is undeniably powerful, but there are also a lot of generous and outrageous statistics about Pinterest floating around the Internets. For example, one statistic that is often quoted is that 47 percent of online consumers have made purchases referred (directly or indirectly) from Pinterest.

One estimate cites Pinterest conversion 50 percent better than Facebook, which while impressive would mean that Pinterest’s conversion rate would be slightly above one-tenth of one percent. It takes a lot of impressions with .1 percent engagement to reach 167 percent.

25% of Fortune Global 100 companies have Pinterest accounts. This is still relatively low in comparison to YouTube and Facebook. However, if you consider Pinterest’s age and rate of growth, this number is expected to climb.