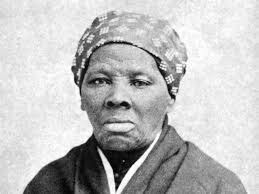 Although born as Araminta Ross, she changed her name to Harriet, which was her mother's name. She married John Tubman in 1844 and became Harriet Tubman.

Like many other high-profile women of her time, she became heavily involved with promoting women’s suffrage with figures like Susan B. Anthony.

Harriet's nickname as a child was Minty.

She underwent brain surgery in the 1890’s to alleviate the headaches she had suffered for most of her life.

Harriet became very religious. Her mother taught her about the bible, and after her head injury she believed she was having visions from God.

Tubman died in the Home for the Aged she herself had founded.

John Tubman was a free man and when Harriet fled to Philadelphia in 1849 he did not go with her. He later remarried.

One of the most famous missions she took part in was the raid on Combahee Ferry in South Carolina.

Harriet helped free approximately 300 family and non-family members from slavery over a period of 10 years.

Tubman joined the Union army as a nurse, but also acted as a scout and spy behind enemy lines.

Harriet was nicknamed 'Moses' for her efforts and never once did she lose one of those she was trying to help free.

She often would pretend to be a field hand by walking around with chickens, or as a house-servant when she stayed at the home of an abolitionist couple. One notable disguise she used was pretending to read a newspaper to allay suspicion, as she was known to be illiterate. She employed spirituals and songs as coded messages to her followers.

There was a bounty of $40,000 on Harriet because of her work to free slaves. Had she been caught she would have been severely punished under the Fugitive Slave Act of 1850, or worse.

After escaping from slavery, she returned to Maryland in 1850 as an Underground Railroad “conductor.”

Harriet Tubman worked with Susan B. Anthony as an activist of women's suffrage.

Harriet Tubman was a spy, a cook and a nurse for the Union Army during the Civil War.

Harriet helped to lead the Combahee River expedition under James Montgomery in the Civil War. They blew up Southern Supply lines and freed hundreds of slaves.

Harriet Tubman helped John Brown recruit men for the Harper's Ferry raid. During the raid John Brown was captured and later hanged for treason. The purpose of the raid had been to secure weapons for a slave uprising in the South.

After the Civil War, Harriet and her second husband Nelson Davis adopted a daughter that they named Gertie.

The Underground Railroad was not a real railroad. It was a series of safe houses that were called stations. The slaves were moved from station to station at night through the woods or on trains.

Harriet helped a biographer publish her life story after the Civil War ended.

After the Civil War ended she spoke for women's right, African American's rights, helped to organize the African Methodist Episcopal Zion Church and even set up a home for poor, aged African Americans.

Harriet Tubman was buried in Fort Hill Cemetery in New York, with military honors.
Share This