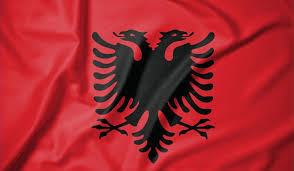 Albania has been an independent country for 104 years. During that time, it’s become an increasingly popular tourist destination. It attracts beachcombers, foodies interested in unique traditional cuisine, and history buffs looking for a rich cultural heritage. If you’re planning to visit, and I highly recommend it, here are 15 interesting facts about this historically isolated country.

Albania has over 750,000 bunkers spread out across the land. They are hard to miss and can be a nice car game (Be the first to spot the bunker!). They were all built during the dictatorship of Enver Hoxha in order to protect the country from an invasion. An invasion which never actually happened. Most are a bit of an eyesore and many Albanians dislike them because they are a reminder of 50+ years of isolation. But a few have been repurposed into cultural museums, artistic canvases, and business ventures.

If you’re looking for a Mcdonald’s in Albania, you would have to look for a long time because there isn’t a single Mcdonald’s restaurant in the country. However, there is a similar fast-food chain called Kolonat.

In the evenings, the locals like to walk. But it’s not just a walk. Known as xhiro, it’s an official evening walk where every resident comes out to stretch their legs and catch up with their neighbors. In many towns, the roads close to cars for certain hours! Apartment blocks empty and everyone gathers at various places, walking and talking until nightfall.

There is no other language similar to the Albanian language. But it’s still recognized as an Indo-European language, even though it has an independent branch in the language tree. There are many dialects but the main two are Tosk and Gheg.

When an Albanian is agreeing with you, he or she will shake their head, and when they are disagreeing with you they will nod. Be warned and avoid confusion. Yes means no and no means yes.

The majority of Albanians are Muslim. About 70% at last count. A 2011 census shows that about 60% of Muslims are practicing Sunni and Bektashi Shia, making it the largest religion in the country. About 17% are Christian, which makes it the second largest religion, and another 17% are either undeclared or atheist.

The highest point in Albania is Maje e Korabit, or Golem Korab. At over 2,700 meters, this peak sits directly on the border with Macedonia – making the highest point for both countries. Golem Korab attracts many tourists, particularly outdoor adventurers. From June to September, hikers and climbers make their way to this great peak for the challenge and the natural surrounding beauty.

The heroine of Albania is Anjezë Gonxhe Bojaxhiu. Better known to the rest of the world as Mother Teresa. She was born in Skopje, which is now a part of Macedonia, and is one of the most beloved religious figures of the 20th century. She is the only Albanian to win a Nobel prize.

You’re likely to notice a large number of scarecrows in odd places. Albanians believe that a scarecrow placed on a home or other building while it’s under construction will ward off envy from the neighbors. Sometimes you’ll see a teddy bear serving the same purpose. The odd part is that the scarecrow or the teddy bear will be impaled on a rod or hung by a rope like a noose. Some also say that these talismans bring good luck.

Currently, there are more Albanians living outside the country than living inside it. As you travel around the Balkans, you’ll see tons of qeleshes – the brimless felt hats that are a part of traditional Albanian dress. The estimates range from seven to ten million Albanians living throughout Europe, primarily in Macedonia, Montenegro, Kosovo, and Greece. Only three million Albanians actually live within its borders.

In 1995 a law was passed requiring citizens to pay taxes on traffic-lights in their home towns. The residents of Shkodra were taxed, just like all cities, but staged a protest. Their reason? Shkodra has no traffic lights. It’s one of the oldest cities in Europe and the fifth largest in Albania. With a wonderful Old Town worth visiting, history buffs will love the restoration that’s happening. Also, the Rozafa Fortress offers incredible views over the lake.