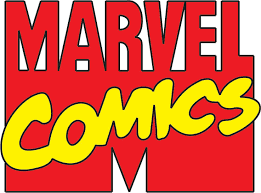 Here are some facts about our beloved Marvel:

The Thing of ‘The Fantastic Four’ was once killed after being possessed by Dr. Doom. Grief-stricken, Mr. Fantastic decided to revive him by stealing the Thing’s soul from Heaven. While there, the Four were invited to meet God, who was designed to look like Marvel artist, Jack Kirby.

Michael Jackson wanted to be Spider-Man.

Kevin Feige, who eventually became the President of Marvel Studios and mastermind behind the Marvel Cinematic Universe, was hired on to the first X-Men film as an assistant, but was given an associate producer credit when another producer discovered he was “a walking encyclopedia of Marvel.”

Clark Gregg’s Agent Coulson was not intended to reappear in the Marvel Cinematic Universe past the first Iron Man film. It wasn’t until a contract dispute with Samuel L. Jackson caused Nick Fury’s role in Thor to be dropped, and Clark Gregg was asked to reappear in a larger role.

At the end of the Deadpool movie, the title character fights Ajax on top of a partially disassembled Heli-carrier visually similar to the ones used by S.H.I.E.L.D. in the Marvel Cinematic Universe. This is a direct nod to the MCU, though FOX Studios requested that flying aircraft look different enough to prevent a lawsuit from Disney.

Deadpool is a spoof of Deathstroke.

In a 1996 DC/Marvel Comics crossover, Quicksilver challenged the Flash (WallyWest) to a race and lost.

Venom was created by a fan.

In the 1997 DC/Marvel special Batman/Captain America, the Red Skull hires the Joker to steal an atomic bomb during World War II. Joker evades Batman, Cap, Bucky, and Robin and delivers it to the Skull, but is horrified when he learns that the Skull is a Nazi (saying "I may be a criminal lunatic but I'm an American criminal lunatic!"). When the Skull threatens to drop the bomb on Washington D.C., the Joker actually fights him in the plane's cargo bay. When Captain America and Batman take over the plane and bring it over the ocean, the two villains are dropped out with the bomb just before it explodes. Both Captain America and Batman are convinced the two are still alive somehow.

Mario Puzo, the Godfather author, tried to write for Marvel.

Luke Cage was the first black superhero with his own comic.

Many of Marvel’s notable superheroes and villains are of Irish descent including, Captain America, Beast, Iceman, An incarnation of Ant-Man, Daredevil, Bullseye and Dum Dum Dugan.

When Stan Lee and Jack Kirby were creating villains for the Marvel Comic Books they turned to the Bible. Out of that inspiration came Galactus (God) and Silver Surfer (Satan).

Marvel created a superhero named Throg. He is a frog that has the power of Thor and is in a group called the Pet Avengers.

In the Marvel Universe, the cleanup from major battles is handled by Damage Control, a joint venture of Tony Stark and the Kingpin. They even had their own series in the late 80’s.

During the “Old Man Logan” Marvel series by Mark Millar, the Hulk reproduced with She-Hulk because Bruce Banner knew she was biologically compatible to carry his offspring, despite her being his cousin.

In one of the Marvel’s “What if?” series, Hulk and She-Hulk get married “and their lives became much like those on ‘I Love Lucy’.”

In the Marvel comics series “Spider-Man: Reign”, set 30 years in the future, it is revealed that Mary Jane Watson, Peter Parker’s wife, has died from cancer brought on by Peter’s radioactive semen.

There is an issue called The Punisher Kills the Marvel Universe, where he kills every single Marvel superhero and villain, including himself.

The Pentagon halted its cooperation with Marvel Studios on ‘The Avengers’ because they did not appreciate that they would have to answer to the secret organization like S.H.I.E.L.D.

In the Marvel Cinematic Universe, the events in ‘Thor’, ‘The Incredible Hulk’ and ‘Iron Man 2’, all take place within seven days, collectively referred to as “Fury’s Big Week”.

In the Ultimate Marvel Universe, Black Widow shot and killed Tony Stark’s butler, Jarvis, after he walked in on the two of them having sex, revealing her true sinister persona.