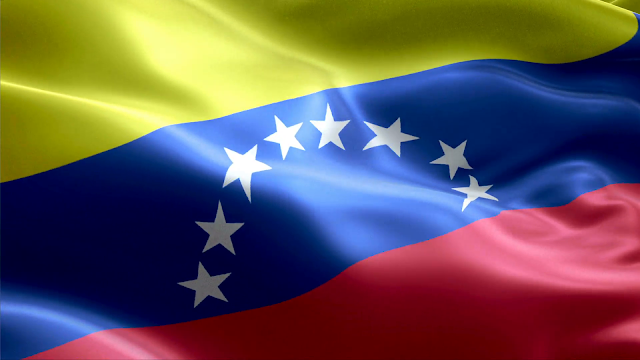 Venezuela is a country on the northern coast of South America with diverse natural attractions.

The largest rodents in the world are capybara, and can be found living in Venezuela.

It is bordered by Colombia on the west, Brazil on the south, Guyana on the east, the Caribbean Sea and the North Atlantic Ocean on the north .

There are more than 1400 different species of birds found in Venezuela.

Venezuela has more than 25,000 orchid species. Its national flower is the 'flor de mayo orchid'.

Venezuela has one of the world's largest natural gas reserves.

Caracas is the capital and the largest city of Venezuela. Caracas is located along the Guaire River in the northern part of the country, following the contours of the narrow Caracas Valley on the Venezuelan coastal mountain range.

The tallest waterfall in the world is Angel Falls, and it is located in Venezuela.

Venezuela is considered a state with extremely high biodiversity, with habitats ranging from the Andes Mountains in the west to the Amazon Basin rain-forest in the south, via extensive llanos plains and Caribbean coast in the center and the Orinoco River Delta in the east.

Pico Bolivar is the highest mountain in Venezuela, at 4,979 meters (16,335 feet) it sits in the northern extension of the Andes mountain range in the west of Venezuela.

Venezuela's highest mountain is Pico Bolivar, at 16,335 feet tall. It is located in the Andes Mountains northern extension.

Fine sand, clear waters and warm temperatures throughout the year are some of the characteristics that define the most of Venezuela’s coastline.

Venezuela's official language is Castilian. Other languages spoken in Venezuela include Italian, Chinese, Portuguese, Arabic, and Spanish. English is the most commonly used foreign language in Venezuela.

Canaima National Park is spread over 3 million hectares (7.4 million acres) in south-eastern Venezuela along the border between Guyana and Brazil. Roughly 65% of the park is covered by table mountain (tepui) formations. The tepuis constitute a unique biogeological entity and are of great geological interest. The sheer cliffs and waterfalls, including the world’s highest, form a spectacular landscape. In 1994, the Canaima National Park was named a World Heritage Site by UNESCO.

Angel Falls is the world’s highest uninterrupted waterfall, with a height of 979 meters (3,212 ft) and a plunge of 807 meters (2,648 ft). The waterfall drops over the edge of the Auyantepui mountain in the Canaima National Park.

Venezuela has twenty-three states, and has a total of 335 municipalities.

Lake Maracaibo which is connected to the Gulf of Venezuela at the northern end is the largest lake in South America (13,210 square kilometers (5,100 square miles)) and one of the oldest on earth (20–36 million years old).

The Catatumbo Lightning otherwise known as ‘the everlasting storm‘ is a unique atmospheric phenomenon. It generates an estimated 1.2 milion lightning strikes a year and is visible from almost 400 kilometers 250 miles away. Storm clouds gather in the same spot 8 kilometers (5 miles above) Lake Maracaibo up to 160 nights per year, lasting for about 10 hours at a time.

Half of government revenue is derived from the petroleum sector.

Venezuela has the world's 2nd largest oil reserve. It is also one of the top crude exporters in the world.

Venezuela is the 33rd largest country in the world.

The Monument to Our Lady of Peace (Monumento a la Virgen de la Paz) is the world’s highest statue of the Virgin Mary and the highest habitable sculpture in the American continent. Built entirely of concrete on hollow steel shell, the sculpture is 46.72 meters (153.28 feet) high, 16 meters (52.5 feet) wide, 18 meters (59 feet) deep at the base and weighs about 1200 tonnes (1320 US tons). It is just 72 centimeters (28 inches) taller than the Statue of Liberty.

With its earthen constructions unique to the Caribbean, Coro is the only surviving example of a rich fusion of local traditions with Spanish Mudéjar and Dutch architectural techniques. One of the first colonial towns (founded in 1527), it has some 602 historic buildings. Coro and its port La Vela was designated in 1993 as a World Heritage Site by UNESCO.

The population of Venezuela today is approximately 28.5 million people.

Venezuela ranks 7th in the world’s list of nations with the most number of species.

Venezuela is home to many weird and interesting animals including manatees, the Giant anteater, sloth, jaguar, Amazon river dolphins, Orinoco crocodiles and the worlds largest rodent the capybara.

Venezuela has over 1400 bird species, including kingfishers, ibises, ospreys, and its national bird the Venezuelan Troupial.

There are over 25,000 species of orchids in Venezuela, including the country’s national flower ‘flor de mayo orchid’ [pic. below].

Venezuela is considered to be one of the world's most mega-diverse countries due to its large variety of wildlife and habitats.

Because the government subsidizes the oil industry, Venezuelans enjoy the cheapest petrol in the world.

More than 60% of Venezuela’s international reserves is in gold, eight times more than the average for the region. Most of Venezuela’s gold held abroad is located in London.

Pabellón criollo is a traditional Venezuelan dish, the local version of the rice and beans combination found throughout the Caribbean. It is a plate of rice, shredded beef in stew and stewed black beans that is considered by many to be the Venezuelan national dish.

Venezuela was originally named Veneziola, after the city of Venice, because of its stilt houses that reminded the explorers (who first visited the area) of Venice.

Coca-Cola Zero was banned in the year 2009, because of the artificial sweeteners the coke contains.

Venezuela has a tropical, hot and humid climate.

“The Simpsons” television show is considered inappropriate in Venezuela and is banned from public television.

Since 2007, an unfinished skyscraper in Caracas, Venezuela, has been re-appropriated by squatters into a vast “vertical slum” which now includes grocery stores, hairdressers, and an unlicensed dentist.

The longest river in Venezuela is the Orinoco River.

Venezuela was the most murderous place on Earth in 2015, where one person was murdered every 21 minutes.

Venezuela's national instrument is the cuatro, which is a small guitar.

There’s a nightclub inside a prison in Venezuela. In the same prison, there is a cockfighting arena and a billiard room.

Baseball is Venezuela’s most popular sport, there has been a professional baseball league in the country since 1945.

Venezuela is one of the oldest democracies in South America (elections since 1958).

Venezuela's national dance is the joropo, which is a waltz type of dance.

Venezuela’s name comes from the Italian word “Veneziola” that literally means “piccola Venezia” (little Venice). It was named so by the explorer Amerigo Vespucci who saw native stilt houses built in Lake Maracaibo, reminding him of Venice.

Venezuela has had a national professional baseball league since 1945. Baseball is also Venezuela's favorite sport.