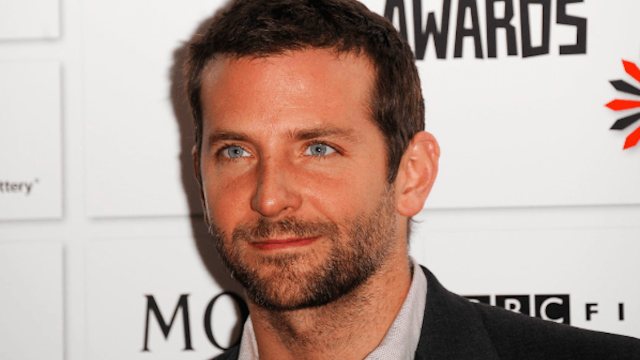 Bradley Cooper is an American actor.

He was born on January 5, 1975, in Philadelphia, Pennsylvania.

Bradley Cooper learned to speak French fluently and will interview in French at times.

His father, Charles John Cooper, who was of Irish descent, was a stockbroker and his mother, Gloria (Campano), is of Italian descent, and worked for a local NBC station.

Cooper has an older sister, Holly.

Bradley Cooper has been dating Irina Shayk since 2015. They have one child together.

He scored his first acting gig while he was still in school with a guest spot on the popular TV series “Sex and the City.”

Immediately after Bradley graduated from the Honors English program at Georgetown University in 1997, he moved to New York City to enroll in the Masters of Fine Arts program at the Actors Studio Drama School at New School University. In 2000, he received a Master of Fine Arts degree in acting from the Actors Studio Drama School.

Bradley Cooper co-founded a production company with Todd Phillips in 2014. Todd Philips was Cooper's director in the movie The Hangover.

His first regular character on a TV show was on The $treet. It was set in the financial world and was a short-lived drama.

He then returned to television as Will Tippin in the spy-action television show Alias (2001–2006).

During his time on Alias, Cooper made the independent drama Carnival Knowledge (2002) and the thriller My Little Eye (2002).

He appeared in the television film I Want to Marry Ryan Banks (2004) with Jason Priestley.

Bradley Cooper voiced Rocket Raccoon in 2014 in the Marvel comic movie Guardians of the Galaxy.

He guest starred on Sex and the City as Carrie Bradshaw's lover.

In September 2005, Fox debuted the sitcom Kitchen Confidential, based on a memoir by chef Anthony Bourdain, with Cooper in the leading role. Despite positive reviews for the series, the show was canceled after only four episodes due to low ratings.

In 2006, Cooper starred in a play Three Days of Rain on Broadway with Julia Roberts and Paul Rudd.

Bradley Cooper dated Renee Zellweger for two years after filming Case 39 with her.

This was followed by minor roles in the romantic comedy Failure to Launch (2006) and the satirical comedy The Comebacks (2007).

In 2008 Cooper appeared in the comedies Yes Man and The Rocke. Also in 2008 he played the leading role in the horror film The Midnight Meat Train.

In 2009 he appeared in a supporting role in the romantic comedy-drama He’s Just Not That Into You.

Cooper’s breakthrough role came in the highly lucrative comedy The Hangover (2009). He played Phil Wenneck, one of the three friends — alongside Ed Helms and Zach Galifianakis — to wake up from a bachelor party in Las Vegas, with no memory of the previous night and the bachelor missing. The film was so successful that two sequels were produced in 2011 and 2013.

By the time Bradley Cooper was 29 he quit drinking alcohol.

He paired with Sandra Bullock in the comedy All About Steve (2009), a film that was poorly received by critics, and failed to attract a wide audience; it earned them a Golden Raspberry Award for Worst Screen Combo.

In 2010 Cooper starred in the romantic comedy Valentine’s Day, co-starring with Julia Roberts. The film was a commercial success, grossing over $215 million worldwide.

Than he appeared in a remake of the popular television action series The A-Team, alongside Liam Neeson, Quinton Jackson, and Sharlto Copley.

Bradley Cooper said that before he made the decision to pursue acting he wanted to attend military school. He also said he wanted to move to Japan and become a ninja.

In 2011, Cooper starred in the science fiction mystery thriller Limitless, based on the 2001 novel The Dark Fields by Alan Glynn. The film co-starred Robert De Niro and received favorable reviews.

The year 2012 saw Cooper star in four films — The Words, Hit and Run, The Place Beyond the Pines, and Silver Linings Playbook.

Cooper earned his first Oscar nomination, for his portrayal of a man trying to reclaim his life after a sojourn in a mental institution in Silver Linings Playbook (2012). The dramedy was directed by David O. Russell and costarred Jennifer Lawrence, both of whom became frequent collaborators.

While attending the Actor's Studio Drama School Bradley Cooper worked as a doorman at NYC's Morgan's Hotel, a luxurious hotel.

Cooper’s second Oscar nomination was for best supporting actor for his performance as a wacky FBI agent in Russell’s American Hustle (2013), which also featured Lawrence. American Hustle was a critical and commercial success with global revenues of $251.1 million.

In 2014 he starred as Chris Kyle, a Navy SEAL sharpshooter, in the biographical war drama American
Sniper, which was directed by Clint Eastwood, and, for his riveting performance, Cooper earned another Oscar nomination.

While attending Georgetown University Bradley Cooper was on the rowing team and was an actor in its Nomadic Theatre.

In 2014, Cooper provided the voice of Rocket Raccoon in the Marvel Studios film Guardians of the Galaxy.

In 2014, he portrayed Joseph Merrick in a Broadway revival of The Elephant Man, garnering a nomination for the Tony Award for Best Actor in a Play.

In 2015 he starred in the drama Burnt, about a a chef seeking redemption, and the biographical comedy-drama Joy, in which he reteamed with Russell and Lawrence, and in the romantic dramedy Aloha.

In 2016, he had a voice cameo in the thriller 10 Cloverfield Lane, and played a supporting part in War Dogs, co-produced under his and Phillips Will’s production company Joint Effort.

In 2017, Cooper again voiced Rocket Raccoon, in Guardians of the Galaxy Vol. 2.

Bradley Cooper took his mom to the Oscars as his date.

Cooper is one of the ten actors to receive an Academy Award nomination in three consecutive years.

Bradley Cooper has an estimated net worth of $100 million.

Bradley Cooper attended high school at the country's oldest non-sectarian day school, which dates back to 1759.

Cooper was married to actress Jennifer Esposito from 2006 to 2007. Since then he has had a string of relationships; most notably with Renee Zellweger and Suki Waterhous.

Cooper claimed that watching David Lynch’s production of The Elephant Man (1980) on television is what inspired him to be an actor.

For six months prior to filming The A-Team (2010) and during the shoot, he cut out sugar, salt and flour and underwent grueling two-hour workouts with a trainer every day.

Bradley Cooper executive produced Silver Linings Playbook and was involved in the editing sessions as well. He played the role of Pat Solitano.

To appear to be as large as Kyle in American Sniper (2014), Cooper underwent extensive training and followed a rigorous diet, gaining 18 kilograms (40 pounds) of muscle.

He can impersonate Robert De Niro, Owen Wilson, Christopher Walken and Bill Clinton after having met them and/or worked with them.

Bradley Cooper married an actress named Jennifer Esposito in 2006. The marriage lasted for only four months.

While he was studying at the New School, Cooper worked as a doorman at the Morgans Hotel.

Bradley Cooper was once a tobacco chewer. He switched to toothpicks eventually.

Some of Bradley Cooper's movie credits include Limitless, Hit and Run, The Place Beyond the Pines, American Hustle, American Sniper, Burnt, and The Hangover trilogy series.

In the Steven Spielberg episode of Inside the Actors Studio (1994), Cooper appears in the audience about 15 minutes into the episode.

He has contemplated going back to school to receive his Ph.D. in English and teaching literature.

In 2006 Bradley appeared on Broadway with Paul Rudd and Julia Roberts in Three Days of Rain.

Bradley Cooper is set to direct his first film titled A Star is Born. It will star Lady Gaga and himself.
Share This