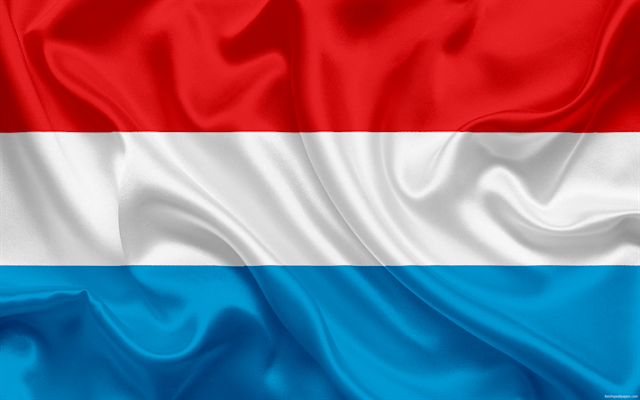 Luxembourg is a tiny country located in the Western Europe.

Roughly 50% of the people that work in Luxembourg live in other countries including France, Belgium, and Germany.

Luxembourg official name is the Grand Duchy of Luxembourg.

Luxembourg is the only Grand Duchy in the entire world. A Grand Duchy is a territory or state that is ruled by a duchess or grand duke. Following constitutional reform in 2008 the position became mostly ceremonial.

Luxembourg borders Belgium to the west and north, France to the south, and Germany to the east.

Of all the countries in the European Union, Luxembourg is the least populated.

Luxembourg was originally built as a fortress that grew into one of the greatest fortified sites in Europe. Luxembourg City was named a UNESCO World Heritage Site because of the old quarters and fortifications there.

German is the first language which is taught in schools of Luxembourg and is also used by the Church and media. However, all the businesses and official dealings are done in French.

Luxembourgers usually are fluent in several languages. They are taught Luxembourgish, French, German, English and many also know Portuguese.

The country is spread over the area of 2,586 square kilometers (998 square miles).

The European Investment Bank is located in Luxembourg, as well as 150 other banks. It is popular for banking because of the less sticky tax laws, enabling large companies and private individuals to save a lot of money.

Approximately 1/3rd of Luxembourg is covered in forests and about 50% of these forests are owned privately.

The city of Luxembourg is the capital of the country of Luxembourg.Built amid deep gorges cut by the Alzette and Pétrusse rivers, it’s famed for its ruins of medieval fortifications.

It is estimated that about 40% of the people living in Luxembourg are immigrants from other countries.

Luxembourg is considered to be an extremely safe country and there are only two jails in the entire country.

There are many castles in Luxembourg that are open to the public including Clervaux, Larochette, Bourscheid, Beaufort, and Vianden. These are grand historic castles reminiscent of fairy tale castles popularized in literature and film.

Luxembourg is the world’s only Grand Duchy. This means that it is a representative monarchy with a Grand Duke as head of country. The ruler is Grand Duke Henri.

Luxembourg is a founding member of many international and European organizations including the European Union, NATO, the United Nations, Benelux and the Western European Union.

It is the least populated country amongst all the member countries of European Union. Along with this, it is the 20th smallest country of the 194 independent nations of the world.

The fortifications of the Old City of Luxembourg and its ancient quarters have been part of the UNESCO Cultural World Heritage since 1994.

Luxembourg is considered to be the second wealthiest country in the world after Qatar.

Despite a dense network of roads and railways, forests cover a third of the country!

Amid plains and woods, strewn with lakes and rivers, Luxembourg’s natural landscapes are enchanting as well as fascinating. Nature in Luxembourg also means to discover unexpectedly a picturesque village, a mysterious ruin or just a breathtaking landscape behind every curve.

Kneiff is a hill in the commune of Troisvierges, in northern Luxembourg, near the tripoint shared with Belgium and Germany. At 560 meters, it is the highest point in the country; it is 1 m taller than Buurgplaatz, which is often incorrectly considered Luxembourg’s highest point.

The castles and the ruins of the fortress are among the main tourist destinations of the Grand Duchy of Luxembourg. Of the 109 identified castles in the Middle Ages, 76 have more or less survived the ravages of time.

Following World War II the Grand Duchy of Luxembourg gained its independence from the German Reich.

Victor Hugo, the most prominent French writer resided in Luxembourg in a town near to the German border. Later on, the house was transformed into a museum, which is very famous among the Dutch and French tourists.

Due to its banking secrecy laws, Luxembourg has attained the reputation of a tax haven.

Luxembourg has more than 150 banks.

In 1890 the Grand Duchy of Luxembourg ended its union with the Netherlands.

Nearly half of Luxembourg’s workforce commutes to work in Luxembourg from another country.

Nearly 40% of the population of Luxembourg are immigrants; 15% of them are of Portuguese origin.

The University of Luxembourg is the only university in the country.

In 1839 after signing the Treaty of London the Grand Duchy of Luxembourg was declared independent in union with the Netherlands.

The literacy rate is 100%, and the quality of education is one of the highest in the world!

The largest wine list in the world is currently at Restaurant Chiggeri with 1,746 options in Luxembourg City, Luxembourg!

Luxembourg cuisine reflects its position on the border between the Latin and Germanic worlds, being heavily influenced by the cuisines of neighboring France and Germany. More recently, it has been enriched by its many Italian and Portuguese immigrants.

Perhaps the most traditional of all Luxembourg meat dishes is Judd mat Gaardebounen, smoked collar of pork with broad beans. The pork is soaked overnight, then boiled with vegetables and spices. Served in copious slices together with the beans and boiled potatoes, it is considered to be the national dish of Luxembourg.

Luxembourg was founded in 963 when it became the County of Luxembourg, gaining its independence from Lotharingia/Duchy of Upper Lorraine.

Luxembourg shares the Moselle valley with Germany and the local white wines are well known and popular.

The average person in Luxembourg has just over one-and-a-half mobile phones.

It is famous in Europe for its largest radio and television stations: Radio 5. Luxembourg, the RTL Group of Luxembourg. It runs 34 television and 33 radio stations in 12 countries which comprises of M6 channel in France and Channel Five in the United Kingdom.

Besides this, it is the uplink house of SES, carrier of major European satellite services in Germany and Britain.

The main industries of this small European country are iron and steel, banking, food processing and chemicals.

The motto of the Luxembourg is ‘Mir wëlle bleiwe wat mir sinn’ which stands for ‘We want to remain what we are’.
Share This