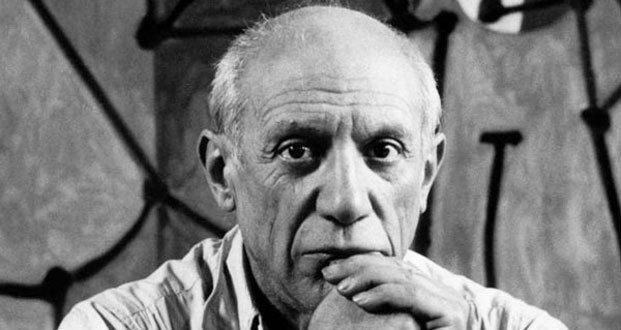 Pablo was born extremely small. In fact, he was so tiny that the nurse thought that he was stillborn. Therefore, she left him sitting on a table while she went to take care of his mother. His uncle wound up saving him from death.

His father was an artist, art professor and museum curator.

At the tender young age of 9, Picasso completed his first painting: Le picador, a man riding a horse in a bullfight.

His father started teaching art to him when he was 7 years old.

Picasso completed his first painting when he was 9 years old. The title of the painting was
Le Picador. The image is of a man riding a horse in a bullfight.

At the age of 13 he had his first exhibition.

In 1895, when Picasso was 13, his 7 year old sister, Conchita, died of diphtheria and it left him traumatized.

Picasso was 15 years old when he finished First Communion, which was an extremely well known portrait depicting his father, mother, and sister.

Picasso was accepted to the School of Fine Arts at age 13 after taking completing his entrance exam in a week. The normal timing for this testing period was one month. Obviously, Pablo Picasso impressed the school officials.

However, Picasso never graduated. He was restless, a trait that would remain with him throughout his professional and personal life.

From the Blue Period, possibly his most well known work from this period is The Old Guitarist.

His highest selling painting, Garçon à la pipe (Boy with a pipe) was painted during the Rose Period.

African-influenced Period also called the Negro Period or Black Period. Most well known painting from that period is Les Demoiselles d’Avignon. Considered to be a major step towards the founding of the Cubist movement.

Marie-Thérèse Walter was Picasso's model for Le Rêve. In 2006, casino magnate Steve Wynn agreed to sell the painting for $139 million, but accidentally put his elbow through the canvas the day before the sale was to be completed!

Not only was he far more advanced than the artist of his era in art, he was also the leader
in fashion as well. His Breton striped t-shirt was designed by Coco Chanel.

Picasso also had an active love life and usually had several mistresses along with a wife
or a primary partner.

Rumor has it that he stole the Mona Lisa in 1911. Supposedly, Picasso’s friend Guillaume
Apollinaire paid someone to steal the Mona Lisa. Picasso was interrogated but then was
later released.

During the German invasion of Paris Picasso was not allowed to display his art publicly
because it was not according to the Nazi’s standard.

One of Picasso’s most famous pieces is Guernca which is his depiction of the German bombing
of Guernica during the Spanish Civil War.

Picasso also wrote poetry. Between 1935 and 1959 Picasso wrote over 300 poems that were mostly untitled except for an occasional date and location of where it was written.

Picasso signed his first contract in Paris with art dealer Pere Menach, who agreed to pay him 150 francs per month (about US$750 today).

When Picasso died at age 91 in April 1973, he had become one of the most famous and successful artist throughout history. He is also undeniably the most prolific genius in the history of art. His career spanned over a 78 year period, in which he created: 13,500 paintings, 100,000 prints and engravings, and 34,000 illustrations. Picasso was, and still is, seen as a magician by writers and critics, a metaphor that captures both the sense of an artist who is able to transform everything around him at a touch and a man who can also transform himself, elude us, fascinate and mesmerize us.