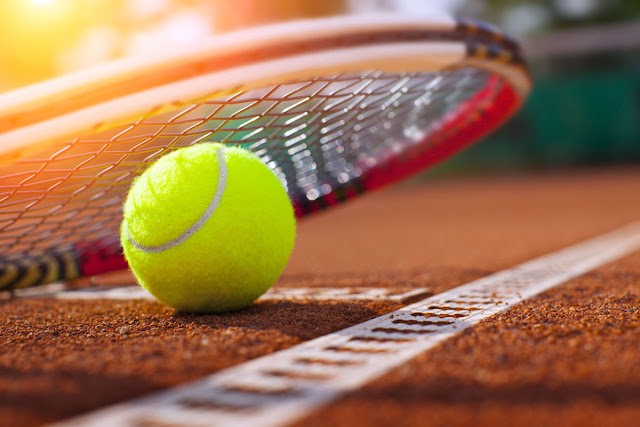 Preceding the utilization of rackets in tennis, individuals utilized their palms to hit the ball forward and backward. The palm strategy was supplanted in the 1500's when rackets were presented. The word tennis developed from the French expression 'tenez'. The cutting edge amusement turned out to be substantially more organized in the 1800's, and the main Wimbledon Championships were played in 1877 in London, England. The principal U.S. title was played in 1880 in Tomkinsville, Staten Island in New York. Today, the most acclaimed tennis occasions are The U.S. Open, the French Open, the Australian Open, and Wimbledon.

The first patented version of tennis, lawn tennis, was given the name Sphairistike. It was created by Major Walter Clopton and patented in 1874.

Rectangular courts were created in 1875 for Wimbledon. Originally, the court was an hour-glass shape.

The first winner at Wimbledon was Spencer Gore. He didn't think the game would catch on
.
In 1498, Charles VIII of France hit his head on the door of a primitive tennis court and died.

The longest match was 11 hours and five minutes long. It took place over a period of three days.

Before 1986, the tennis balls used at Wimbledon were not yellow. The color was added to allow people to see the ball better while in play.

Venus Williams has the fastest recorded serve (for women) at 205km per hour.

Venus Williams and her sister Serena both won Olympic gold medals for tennis. They are the first set of sisters to accomplish this.

Women who played in the first Wimbledon tournaments had to wear full-length dresses.

The first person to wear shorts at Wimbledon did so in 1932. His name was Henry Austin and it is said that he shocked Queen Mary.

Arthur Ashe was the first African American to win the U.S. Open.

Tennis has been part of the Paralympic Games since 1992.

The person to hold the records for the most Grand Slam single titles is Margaret Smith Court, with 24.

For the first one hundred years that modern tennis was played, the strings of the racquets were made from the guts of animals.

For those under the age of 18, who are still under a parent or guardian's supervision, they can play junior tennis. With a parent's signature, they can still play on the adult tours, as well as junior tournaments.
Share This