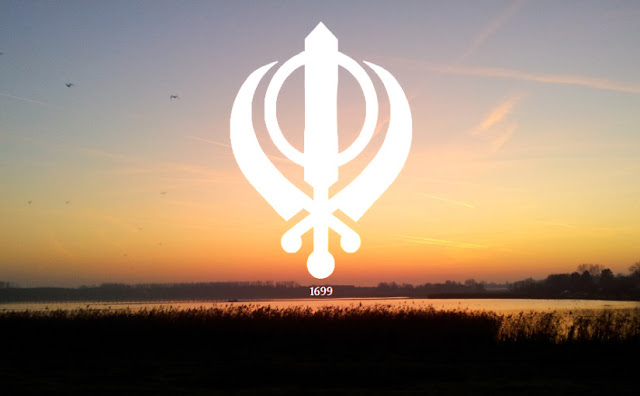 Sikhism rose in sixteenth century India in a situation vigorously pervaded with clashes between the Hindu and Muslim religions. Its establishing instructor, Guru Nanak Dev, was conceived in 1469 to a Hindu family. His most popular saying was, "There is no Hindu, there is no Muslim, so whose way should I take after? I should take after the way of God." Today, there are around 23 million Sikhs around the world, making Sikhism the fifth biggest religion on the planet.


Sikh, in Punjab, means disciple or learner, or seeker of knowledge.

Vaisakhi, in April, began as a Hindu festival of thankgiving but for Sikhs, marks the founding of the Khalsa in 1699. Those ready to be initiated into the Khalsa are usually baptized on this day, and the Sikh flag is replaced.

The sacred text of Sikhism is the Adi Granth (Sri Guru Granth Sahib).

Spiritual leaders in Sikhism are Giani and Granthi.

The places of worship for Sikhs are temples and gurdwaras. While in a gurdwara all shoes are removed and women are required to cover their heads.

Hola (or Holla) Maholla is a mela celebrated in Anandpur on the Indian festival of Holi in memory of Guru Gobind Singh. The Guru instituted this day for military exercises and mock battles, followed by music and poetry contests. The holiday is still celebrated with mock battles and displays of horsemanship and skills with the sword. There are also processions with the Sikh flag and the Guru Granth Sahib.

Sikhs believe that the purpose of life is to overcome the self, align their life with God's will, and to become a 'saint soldier'.

Sikhs believe that the afterlife involves reincarnation until one is able to merge with God.

The five cardinal vices according to Sikhism include lust, greed, anger, worldly attachment, and pride.

Sikhism teaches that men and women of every race and religion are equals.

Guru Tegh Bahadur, the ninth Guru, was executed in November 1675 by the emperor Aurangzeb.

Guru Arjan, the fifth Guru, was tortured and killed by the Mughal emperor Jahangir in 1606. His martyrdom is commemorated in May.

Sikhs can be found living in almost every major country in the world today.

There are more than 30 million Sikhs in the world today.

The most important ritual object in Sikhism is the Guru Granth Sahib, the holy book. It is treated with great reverance and strict procedures.

Other important religious items include the chauri (a a ritual whisk used with the scriptures), the Five Ks (wearable items representing one's membership in the Sikh community), and the Nishan Sahib (the Sikh flag).

The majority of the Sikh population lives in the Punjab region of northern India.

Especially after conflict with the Mughal empire in Sikh history, religion and politics have been closely associated in Sikhism. Establishment of a Sikh state is a matter of religious doctrine, and all services end with the chant, "Raj karey Ga Khalsa" (the Khalsa shall rule).

Covering the head in the Sikh faith is a sign of respect for their Gurus.

Sikhism is monotheistic, strongly emphasizing belief in one true God. Guru Nanak used the Hindu mystic syllable om as a symbol of God. He added the qualifications of God as one and creator, resulting in the ik onkar symbol. Sikhism forbids the representation of God in images and the worship of idols.

The Sikh turban is symbolic of spirituality, humility, integrity, and discipline.

Sikhism retains the general Hindu conception of the universe and the doctrine of samsara, or rebirth, based on karma. Human birth is the only chance to escape samsara and attain salvation.

The Sikh turban is required by the Sikh faith.

The khanda is the universal symbol of the Sikh faith. It is a double-edged sword with two daggers. The daggers represent spiritual and
worldly powers bound by God.

Guru Gobind Singh, the tenth Guru, was born in 1666. His birthday is celebrated in December or January. Guru Gobind Singh founded the Khalsa and nominated the Guru Granth Sahib, the holy book, as his successor Guru.

Sikhs often wear a steel bracelet called a kara, which is meant to remind them of the unity of God.

Sikhism's central shrine is the Harmandir Sahib located in Amritsar, India. This shrine is also referred to as the Golden Temple.

Hymns of the Gurus in the Sikh faith are referred to as Gurbani, which means the Guru's word.

In the Sikh faith, followers are taught that they should perform selfless service and charitable work. This is referred to as Tan (physical service), Man (mental service), and Dhan (material service).

Sikh's make up approximately 0.39% of the population of the world.

Maghi commemorates the martyrdom of the "Forty Immortals," forty followers of Guru Gobind Singh who had previously deserted him, fought bravely against overwhelming Mughal army forces and were martyred in Muktsar. Guru Gobind Singh blessed them as having achieved mukti (liberation) and cremated them at Muktsar. On Maghi, Sikhs visit gurdwaras and listen to kirtan (hymns). Naturally, the largest gathering is at Muktsar where an annual fair is held.

The ultimate source of authority and doctrine in Sikhism is the sacred book, the Adi Granth. In the event of disputes, a council is convened at the Akal Takht ("Throne of the Timeless"), a building facing the Harimandir temple in Amritsar. Resolutions passed by this council carry spiritual sanction.