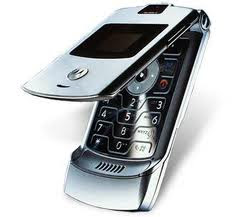 The cell phone has become an important communication tool that is used by people all over the world to keep in contact with each other at any time. Although they started off as quite bulky devices they are now very sleek, small and portable, comfortably fitting in a users pocket and surviving for hours on end thanks to a rechargeable battery.

An estimated 250 to 300 million cell phones are being used in the U.S.

The average US consumer only uses their current cell phone for 12 to 18 months.

Over 70% of Americans do not know that they can recycle their old cell phone.

In a recent survey, only 2.3% of Americans recycled their old cell phones and 7%
threw them in the garbage.

Cell phones contain precious metals such as gold and silver.

A total of 500 million cell phones weighing an estimated 250,000 tons are
currently stockpiled and awaiting disposal.

Cell phone designs are constantly evolving to incorporate the new needs and desires of users. Some of these new functions include space for memory cards, flip screens, cameras, touch screens, USB ports etc.

Modern mobile phones also have wireless capability in the form of infrared, Bluetooth and other wireless protocols.

Some of the larger manufacturers of cell phones include Nokia, Samsung, Motorola, Sony Ericsson and Apple.