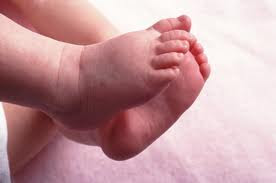 3 out of 4 Americans experience serious foot problems in their lifetime.

1/4 of all the bones in the human body are down in your feet. When these bones are out of alignment, so is the rest of the body.

Only a small percentage of the population is born with foot problems.

Women have about four times as many foot problems as men. High heels are partly to blame.

Walking is the best exercise for your feet. It also contributes to your general health by improving circulation, contributing to weight control, and promoting all-around well being.

Your feet mirror your general health. Conditions such as arthritis, diabetes, nerve and circulatory disorders can show their initial symptoms in the feet - so foot ailments can be your first sign of more serious medical problems.

The record for the world’s largest feet belongs to Matthew McGrory who wears US size 28 1/2 shoes. The average men’s size is 10 1/2.

Madeline Albrecht holds the world record for most feet sniffed at 5,600.

The average person takes 10,000 steps per day. That’s equal to 115,000 miles in a lifetime, enough to circle the world four times.

The foot accounts for 25% of the bones in the human body.

The average woman walks three miles more per day than the average male.

Sweat glands in the feet produce as much as half a pint of moisture each day.

The pressure on the feet when running can be as much as four times the runners body weight.

The first shoes were invented 5,000,000 years ago during the Ice Age and were made from animal skins.

The afternoon is the optimum time to shop for shoes because the feet tend to be more swollen then.

9 out of 10 women wear shoes that are too small for them.

The ancient Romans were the first to construct distinct left and right shoes. Before that, shoes could be worn on either foot.

The average foot gets two sizes longer when a person stands up.

Shoe sizes were devised in England by King Edward II who declared in 1324 that the diameter of one barely corn- a third of an inch- would represent one full shoe size. That’s still true today.

Arthritis is the number one cause of disability in America. It limits everyday dressing, climbing stairs, getting in and out of bed or walking - for about 7 million Americans.

About 60-70% of people with diabetes have mild to severe forms of diabetic nerve damage, which in severe forms can lead to lower limb amputations. Approximately 56,000 people a year lose their foot or leg to diabetes.

Walking barefoot can cause plantar warts. The virus enters through a cut.

The two feet may be different sizes. Buy shoes for the larger one.

About 5% of Americans have toenail problems in a given year.

The average person takes 8,000 to 10,000 steps a day, which adds up to about 115,000 miles over a lifetime. That's enough to go around the circumference of the earth four times.

There are currently more websites on the Internet having to do with foot fetishes than with foot health.