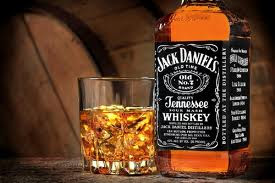 Distillation process, the key segment of whisky production was invented around four thousand years ago in the ancient civilizations of Babylon and Mesopotamia.

First modern record of whisky comes from 1494 Scotland, with the letter that described acquisition of raw material needed for the production of over 1500 whisky bottles. Apparently by then, whisky was already widespread.

Whisky has two legitimate spellings. “Whisky” is used in Scotland and Canada, and “whiskey” is used by Irish and Americans.

There are over 5000 types of Single Malt Whisky.

Whisky was given its name from the Gaelic beverage “uiscebeatha”, which translates to “water of life”.

Moderate use of whisky can bring many benefits to the human metabolism. It can prevent stroke, dementia, heart attack, clotted arteries, increase good cholesterol and fight against cancer cells.

Whisky can age only in wooden casks. In glass bottles it can survive for 100 years, but it will not change its flavor.

Opened bottle of whisky can remain good for five years.

Color of the whisky comes from oak casks (also around 60% of its flavor), and from small amount of caramel coloring.

Americans acknowledged whiskey and began producing his own just after Prohibition 1920.

90% of the Single Malt Whisky’s comes from Scotland.

Whisky and rum represented majority of drinks that were used on the ships during the famous “Golden Age of the Piracy”.

The world’s largest producer and consumer of whiskey is in India.

Every year 2-4% of all whisky in the world stored in a wooden barrels evaporate into air. That doesn’t happen with sealed glass bottles.

Malt Whisky red wine is more useful because it contains more ellagic acid – an antioxidant that can stop the growth of cancer cells and to resist heart disease.

90% of whisky produced in UK is intended for export.

In Russian, whiskey is neuter – “it – Whisky”

During the “Dry Law” in the U.S. was only allowed whiskey drink, but only for “medical needs”.

To this day Irish and Scotts have disputes about who was first to make whisky.