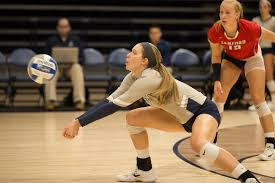 The game of volleyball was invented in 1895 by William G. Morgan.

The first World Championships were held in 1949 for men and 1952 for women.

Volleyball were first introduced as Olympic sports in 1964.

Most volleyball players jump about 300 times a match.

Volleyball took some of its characteristics from tennis and handball.

The first two-man beach game was played in 1930.

The sport is not only played in high schools and colleges throughout the USA, but is featured in the Olympics and international tournaments worldwide.

Volleyball facts trivia covers the rich history of interesting facts, figures and people of the game.

Although it's a surprise to many people, volleyball is the second most popular sport in the world today behind soccer. It is played all across the world and in many different forms of competition.

The game takes many of its characteristics from other sports that were popular at the time of its inception, such as handball, badminton and tennis.

Volleyball was originally called mintonette, because it shared many of the same ideas as badminton.

The Volleyball Hall of Fame is located in Holyoke, Massachusetts. The location was chosen because the game is believed to have been invented at the YMCA in town.

A fun piece of volleyball facts trivia is the dispute about who made the first official volleyball. Some say the first ball was made by Spalding in 1896, but many other companies want to put their name on this sport's history as well.

Volleyball was first introduced to the Olympics in Tokyo in 1964. The first men's gold medal was won by the USSR while the first women's gold was won by Japan.volleyball facts trivia

Some volleyball facts trivia are poetic, such as Yasutaka Matsudaira being quoted as saying that volleyball is like an orchestra sent from heaven. Matsudaira won 3 gold medals for Japan.

Beach volleyball first started springing up in Santa Monica, California during the 1920's. At first, the game was played with six players per side, but beach volleyball was forever changed in 1930 when Paul “Pablo” Johnson decided to play with just two men on each team.

The first professional beach volleyball tournament was called the Olympia World Championship of Beach Volleyball. It took place at Will Rogers State Beach during late summer in 1976.

The Floater serve is very similar to a knuckle ball in baseball. Its unpredictable movement can cause the opposing team to fall over trying to hit it.

According to the Guinness World Record, the longest game of volleyball lasted 55 hours as a support to homeless people in Lexington, Kentucky.

Volleyball was called mintonette at first but it was later changed to volleyball.

The first special designed ball for the sport was created in 1900.

Volleyball is the second most popular sport in the world today, exceeded only by soccer.

The longest recorded volleyball game was in Kingston, North Carolina. It took 75 hours and 30 minutes.
Share This