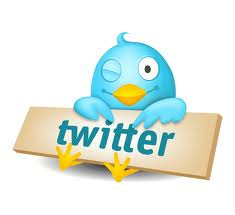 50 percent of these 100 million users log in every day.

15 percent of adult on the Internet used Twitter in February 2012.

Twitter has 500 million registered profiles; 100 million are from the U.S.

The top three countries that use Twitter are the United States, Brazil, and Japan.

It took 3 years, 2 months and 1 day to get to the billionth tweet.

Today it only takes one week for users to send a billion tweets.

The 2012 election broke records with 31.7 million political tweets. Election Day was by far the most tweeted about event in US political history.

In 2012, almost 1 million accounts were added to Twitter every day.

50% of Twitter users are using the social network via mobile.

Over the span of 16 days, the London Olympics generated 150 million tweets.

There were 13.7 million football-related tweets during the 2012 Super Bowl, 1 million of which appeared in the game’s final 5 minutes.

64% of consumers have made a purchase decision based on social content.

91% of 18-34 year olds using social media are talking about brands.

60% of U.S. smartphone owners now visit their favorite social networking sites on a daily basis, up from 54% in 2011.

31% of the average smartphone owner’s Internet time is spent social networking – close to twice as much as email.

Infographics added to Stumbleupon generate 746% more pageviews than other kinds of content.

There are 181,354 people on Twitter who use the term “social media” in their bio.

With more than 3 million active Twitter users, Saudi Arabia, with a 300% year-on-year growth rate, ranks #1 in the world as the fastest-growing Twitter nation.

There are more devices connected to the internet than there are people on the entire planet.

340 million tweets are sent each and every day.

During the “Castle in the Sky” TV screening there were 25,088 tweets per second, the most ever.

@RealTimeWWII, a Twitter accounted created by Oxford history graduate Alwyn Collinson, narrates World War II on Twitter in real time; all the tweets are manually written, with no script used.

Infographics shared on Twitter get 832% more retweets than images and articles.

75%, or three out of four, heads of state are utilizing Twitter.

That’s a 78% increase in the number of heads of state and national governments on Twitter from 2011.

One million accounts are added to Twitter every day

On a busy day, Twitter sees about 175 million tweets.

If Twitter were a country, it would be the 12th largest in the world.

There are more searches on Twitter each month than Yahoo and Bing—combined (24 billion vs. 4.1 billion and 9.4 billion, respectively).

The original Twitter was launched on CEO Evan William’s birthday.

The busiest Twitter moment in history was the “Castle in the Sky” TV screening with more than 25,088 tweets per second.

69 percent of Twitter users decide whom to follow via suggestions by friends; 47 percent by searching online; 44 percent by Twitter’s suggested followers; and 31 percent by promotion.