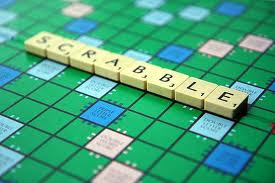 Over 150 million games have been sold in 121 countries around the world.

Scrabble is currently produced in 29 different languages. The latest is the Welsh language Scrabble introduced in 2006.

53% of all homes in Great Britain have a Scrabble set.

Each hour, at least 30,000 Scrabble games are started.

There are around 4,000 Scrabble clubs around the world.

Somewhere in the world there are over a million missing Scrabble tiles.

The original name for Scrabble was 'Lexico'.

The original game did not have a board but was played with tiles only.

Alfred Butts, the inventor, decided on the frequency and distribution of letters by analysing the front page of the New York Times.

He also invented a game similar to Scrabble called 'Alfred's other game' – it was not a success.

There are over 260,000 legal words allowed under British Scrabble rules.

There are 124 permissible two-letter words containing every letter in the alphabet except V.

The highest number of points that can be scored on the first go is 128 - with 'muzjiks' (Russian peasants).

Dr Karl Khoshnaw from Manchester holds the record for the highest word score achieved in a competition, scoring 392 points with 'caziques' - the plural for a West Indian Chief.

The highest score for one game is 1049 by Philip Appleby from Lymington in 1989.

The US Scrabble dictionary has banned all offensive words.

The French play all competitions with a version called Duplicate Scrabble where each player plays with the same letters for each move.

It's not possible to play Scrabble in Japanese or Chinese, but they play in English with a rule book in their own language.

Scrabble is used all over the world as a method of teaching English.

At the 1st World Championships in 1991 in London, there was a minor hiccup before play could get underway – there were no tiles to play with.

A Scrabble Championship is one of the only places players aren't penalised for swearing and inappropriate languages – all words that feature in the official Scrabble dictionary can be played.

The world's largest game of Scrabble took place in Britain's Wembley Stadium to mark the game's 50th anniversary in 1998. Each tile measured an enormous 6ft square and took two strong men to lift. The game is recorded in the Guinness Book of Records.

The World Record for the most number of games being played simultaneously by one player is held by Malaysian player Ganesh Asirvatham who played 25 games at once. These took place over two and a half hours and he won 21 of the games.

A ballet called Scrabble had its premiere in South Africa in the 1980s.

A horse called Scrabble, trained by Harvey Smith's wife Sue, made a few appearances on an English racecourse before being retired due to lack of success.

Dutch gave us the generic word Scrabble – 'schrabbelan' means to claw or scrape and may have come into the language via Dutch settlers in North America.

Jenny Watson, an Australian artist, staged an exhibition called 'Scrabble and Paintings on Hessian' in Mannheim, Germany in May 1994.

In 1988, a guitarist in an American rock band won $2 million dollars in a scratch and win competition sponsored by McDonald's restaurant chain.

Musician Duke Ellington once said: "Playing bop is like Scrabble with all the vowels missing."

The Simpsons television series includes an episode in which Bart Simpson plays the bogus word 'kwyjibo' for a huge score defining it as a "balding North American ape with a small chin".

Underwater Scrabble was played at Portsmouth University on 12 December 1995 in aid of Children In Need. Special laminated boards were used and the tiles had lead weights attached.

If all the Scrabble tiles ever produced were placed end to end they would reach the equivalent of eight times around the earth.

UK players have their own organisation, the Association of British Scrabble Players which was taken to court in 1995 by an irate player for allowing too little time for him to go to the toilet between games.

In 1996 a woman was charged with assault in Haggerstown, USA, when she struck her husband over the head with a Scrabble board.

A resident in a UK old people's home was thrown out when she admitted she didn't play Scrabble.

A five-year-old boy phoned Leicester police to complain his sister was cheating at Scrabble.

Scrabble is used in Douglas Adams' 'The Hitch-hikers Guide to the Galaxy' to decide the answer to the ultimate question 'What is the Meaning Of Life?'.

Gerry Adams once castigated the British for quibbling over the wording of peace treaties with the phrase: "This is not a game of Scrabble".

There is a town called Scrabble in Berkeley County, West Virginia, USA. They don't have a Scrabble club.

The record for two players over 24 hours is 162,390 points, scored in Milton Keynes Shopping Centre in 2002 by Chris Hawkins from Peterborough and Austin Shin from Aylesbury. They played 162 games - over six per hour.

In 1985 Lt Cdr Waghorn and Lance Corporal Gill played Scrabble continuously for five days when trapped in a crevasse in Antarctica.

The 2008 National Champion is Allan Simmons from Coldingham on the Scottish Borders.

The youngest National Champion was Allan Saldanha from London who was just 15 in 1993 when he won the title.

English Scrabble has 100 tiles, the most tiles are in Italian and Portugeses which both have 120 tiles.

There are 19 As in the Malaysian Scrabble set nearly a fifth of the total number of tiles in that game.

There is a version of Scrabble themed to the Simpsons TV programme.

A pink coloured version of Scrabble was sold to support the Breakthrough charity which aims to heighten awareness of breast cancer.

In English speaking Scrabble if you draw seven tiles on the first move, there is a one in eight chance that they will make a seven-letter word.

Scrabble tiles have featured on the covers of bestselling albums by Crowded House and World Party.