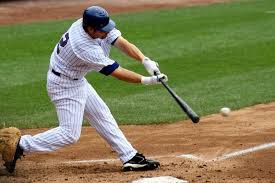 The St. Louis Cardinals have the 2nd most World Series wins with 11, but have never won back to back World Series.

The first World Series was played between Pittsburgh and Boston in 1903 and was a nine-game series. Boston won the series 5-3.

The National Baseball Hall of Fame & Museum is located in Cooperstown, N.Y. It was created in 1935 to celebrate baseball’s 100th anniversary

A regulation baseball has 108 stitches.

Having been open for nearly 100 years, Fenway Park in Boston is the oldest baseball stadium still in use.

Baseball star Babe Ruth was born George Herman Ruth. He played in 2503 games and had a lifetime batting average of .342.

Cal Hubbard is the only person in both Football and Base Hall of fame.

The first rule book was issued in 1877 and has been changing ever since.

Alex Rodriguez is the youngest player to hit over 500 home runs.

Sammy Sosa hit over 60 homers in a season 3 times.

The average baseball only lasts about a week. Each baseball can only be used one time in a MLB game.

Derek Jeter is a 13-time all-star.

Pedro Martinez had 3,154 strikeouts in his career.

The longest Home Run ever hit in Rogers Centre (formerly Skydome) in Toronto, if popped straight up, would not have hit the ceiling.