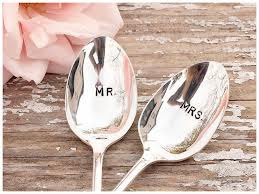 In the United States, there is no law or religious dictate that says the bride must take the groom’s last name. However, approximately 70% of Americans agree that a bride should change her last name.

The Fijians believe that the god Nangganangga, who watches over married couples, will not let a bachelor enter Fijian paradise and will turn him to ash if he dies before he is married.

The Penan nomads who live on the island Borneo (southwest of the Philippines) maintain that women do not have a soul until their wedding day.

In States where no blood tests or physical exams are required, failing to tell your prospective spouse that you have a venereal disease or a physical impairment (such as impotence or infertility) can void the marriage.

Early Roman brides carried a bunch of herbs, such as garlic and rosemary, under their veils to symbolize fidelity and fertility and to ward off evil. These herbs served as a precursor to the modern bridal bouquet.c
The phrase “Something old, something new, something borrowed, something blue, and a silver sixpence in her shoe” symbolizes continuity, optimism for the future, borrowed happiness, fidelity, and wealth or good luck, respectively.

The tradition of the “ring finger” is based on an erroneous historical belief in a “vein of love”
Wedding rings are often placed on the third finger of the left hand because ancient Egyptians believed the vein in that hand (which the Romans called the “vein of love”) ran directly to the heart.

The bride’s veil traditionally symbolized her youth and virginity. Veils also hid the bride from jealous spirits or the Evil Eye. In the past, veils could be red, blue or yellow (the color of Hymen, the Greek god of marriage). The modern white veil became popular during the Victorian era as a symbol of purity and modesty. A white veil also connoted that a bride was wealthy enough to wear white.

In many cultures, the groom historically often kidnapped the bride, and the groom’s friends would help him, leading to the modern-day groomsmen. At the alter, the groom always stood on the bride’s right side so his right hand—or his sword hand—would be free to fight/defend a jealous rival.

Flower girls traditionally threw flower petals in the bride’s path to lead her to a sweet, plentiful future.c
Nearly all cultures have showered the wedding couple with symbolic food. For example, the French throw wheat, Sicilians throw wheat bread and salt, and the English throw pieces of cake. Early Romans or Greeks threw nuts, dates, and seed-bearing plants. Bulgarians have thrown figs.

Throwing rice at weddings symbolizes fertility, prosperity, and bounty. In some countries, the bride might even carry or wear sheaves of grain. However, many modern churches and wedding locations discourage rice throwing because rice can be fatal for birds who eat it.

Guests in ancient times would tear off part of the bride’s gown as tokens of good luck, leading to the tradition of the bride throwing both her garter and her bouquet.

A wedding cake is traditionally a symbol of good luck and fertility and has been a part of wedding celebrations since Roman times, when a small bun, symbolizing fertility, was broken above the bride’s head at the close of the ceremony. During the Middle Ages, custom required the bride and groom to kiss over small cakes.

The phrase “tying the knot” initially came from an ancient Babylonian custom in which threads from the clothes of both the bride and bridegroom were tied in a knot to symbolize the couple’s union. Literally tying some type of ceremonial knot at a wedding ceremony can be found across cultures.

In some African ceremonies, it was a sentiment of well wishing to greet the new bride with the words: “May you bear 12 children with him.”

Pope Innocent III (1160/1-1216) declared that a waiting period should be observed between betrothal and marriage, which led to separate engagement and wedding rings. The first recorded account of a diamond engagement ring was in 1477 when King Maximilian I of Germany (1459-1519) proposed to Mary of Burgundy (1457-1482) and offered her a diamond to seal his vow.

During Biblical times, shoes were seen as a badge of authority because they lifted a person off the ground, differentiating them from barefoot slaves and serfs. They were used to seal a bargain and fathers would give his son-in-law a pair on the wedding day as symbol of transferring authority.

In Great Britain, it was considered good luck for the bride to kiss a chimney sweep on her wedding day. He supposedly had special powers, and when he cleans the chimney, he also sweeps away evil spirits.

A morganatic marriage is a union of a person of royal blood with one of inferior rank. Such a marriage is called a “left-hand marriage” because at the wedding ceremony, the husband holds the bride’s hand with his right hand with his left hand. Though these marriages are recognized by the church, the father cannot confer on their children his rank or property.

In Afghanistan, a man who wanted to marry a woman would cut off a lock of her hair or throw a sheet over her and proclaim her his bride.

The Ozark people located in central America believed placing the dried tongue of a turtle dove in a loved one’s house would persuade him or her to marry.

Bedouin girls will often begin to sew their wedding dresses when they turn nine years old and so that they will finish their gown before they marry at the age of fourteen or fifteen.

All over the world, there is a long tradition of mock battles to keep the groom away from the bride on their wedding day. For example, in Thailand, a groom often will find the entrance of the bride’s house roped off until he offers money to get through. In some nomadic tribes in Central Asia, a groom and his party would pursue his bride on horseback—as she was riding away carrying a newly slaughtered lamb.

Puritans banned wedding rings because they thought they were “frivolous” jewelry or relics of Popery.

In many countries, a yellow wedding dress has traditionally been seen as a sign of a wife’s intention to cheat on her husband or of jealousy.

The act of the bride and groom sharing symbolic wedding cake goes back to ancient times
Much like the modern tradition of feeding wedding cake to one’s spouse, in ancient Rome, couples pledged their unity by sharing food. Today a Japanese bride and groom drink sake together, Jewish couples drink from the same cup of consecrated wine, and Muslim couples eat from the same piece of candy.

Greek brides believed that tucking a lump of sugar into the wedding gown would bring sweetness throughout married life.

To ensure fertility, the Irish would take a hen that was about to lay an egg and tie it to the wedding bed.f
Because ducks mate for life, a Korean groom will ask a happily married friend to make him two small wooden ducks for his new household.

In Egypt, women will pinch the bride to bring good luck to those who pinched her.

In India, it is considered a form of protection and luck to be symbolically married to a tree.

In present-day Saudi Arabia, Iran, and Pakistan, a girl who loses her virginity before marriage may be punished or murdered along with her lover by the males of her own family.

Some tribes in central Asia held that a bride’s hymen should be broken not by her husband, but by her maternal grandfather. If he was not willing or alive, a cousin from her mother’s side was responsible to perform the task.

Eskimos would bring their brides to a priest for divine unflowering.

In Europe during the Middle Ages, the lord of the manor had a legal right to spend the first night with any non-noble bride on his land (“le droit du seigneur” or “right of the lord”).

An average wedding in the United States has 175 guests.