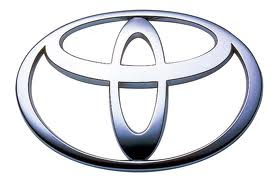 The Corolla is the company’s bestselling nameplate for automobiles across the globe. The total number of nameplates that have been sold to date is 30 million.

Toyota has been chosen by the Ethisphere Institute as one of the 2009 "World's Most Ethical Companies."

Toyota was named one of the world's most ethical multinational corporations in the latest Covalence Ethical Ranking. This is the 4th year the list has been issued and Toyota has made the list each year. Rankings are based on data about labor standards, waste management, product social utility and human
rights policy.

Australia was the first country in the world to receive the Corollas that were exported from Japan.

Toyota has filed 1000 new patents for the Prius which was manufactured by the company in 2012. That goes to show how much new technology has been used in the making of the car.

In the year 2011, Toyota was ranked as the third largest car manufacturer in the world, after General Motors and Volkswagen Group.

Toyota retained its status as the world's most valuable automobile brand in the Global 500 report compiled by Brand Finance plc. Toyota placed 10th on the overall list of companies from all industries.

Toyota ranked 1st among automakers on Millward Brown Optimor’s list of the world’s most powerful and valuable brands, based on the brand’s dollar value for future expected earnings, and 14th overall.


Toyota Canada is the official national sponsor for the Special Olympics that are held in Canada.

The name of the Toyota Company is spelt as Toyoda after its founder Kiichiro Toyoda who founded the company in 1937. It was a spin-off from Toyota Industries which was owned by his father

The Toyota Prius is sold in more than 70 regions and countries cross the world. Nearly 75 percent of all Hybrids have been sold by Toyota in the U.S.

The company started out as an automated looms manufacturer in 1924 and the profits that the business garnered were invested in the production of automobiles.

Over eighty percent of the Toyota cars that were sold even 20 years ago are still functional and on the road.