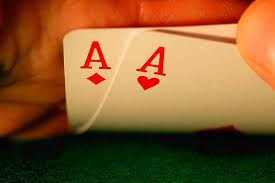 The first online poker room ever was Planet Poker (1998) and the second was Paradise Poker (1999).

In January 2004, online poker revenues stood at around $40 million per month, and were growing by 27% per month.

At peak times over a million people are playing for real or play money at the various card-rooms around the world.

Party Gaming is worth about $8.3 billion, according to calculations based on the company's 2004 net income of $350.1 million.

Party poker is today the number one online poker room with more than 2 million members and over 100.000 players playing at peak times.

Phil Hellmuth (24), the youngest player ever to win the WSOP main event, had his head shaved after wrongly predicting the outcome of a WSOP event.

Chris Moneymaker (won the 2003 WSOP main event championship) sold 20% of his entry to his father and 20% to his friend to finance his trip to Vegas for the 2003 WSOP.

Johnny Moss is the only person declared WSOP Champion without actually winning the event.

You win most of your poker money from putting your opponents in a position to make big mistakes and not from your own brilliant play.

High-quality plastic cards last much longer than the paper ones and the casinos normally change decks after 15 minutes of steady play.

Each king in a deck of playing cards represents a great king from history:

There are two "one-eyed" Jacks in a deck of cards. Jack of spades and Jack of hearts.

70 million decks of cards are sold in America each year.

Holdem and Omaha are current favorites; however, 7-Card Stud Poker has a long history and will never go out of style.

The game of poker offers many versions and multiplayer games to include Razz, Caribbean Stud, 5 Card Stud, SitNGo, Red Dog. H.O.R.S.E. and Let It Ride.

Some of the less played or oddity poker variations are Whiskey Poker, Bull, Indian Poker, Double Draw, Knock, Round the World and 2-card Poker.

There is one chance in 500 of drawing a flush when playing Poker.

First person said to have invented and played Caribbean Stud was David Sklansky.

Razz originated in the 1900s but was not introduced at the World Series of Poker until 1971.

Red Dog Poker was invented in the 1800s.

No winner of the World Series of Poker has ever won the last hand holding pocket Aces.

There are only two players to win the World Series of Poker main event three times, Stu Unger and Johnny Moss.

The 10-2 is called the Doyle Brunson because he won the World Series of Poker main event in back to back years holding it.

Johnny Chan keeps an orange at the poker table to have something to smell if players start smoking.

Baccarat is recognized for attracting wealthy players and casinos can and have lost millions overnight to these Very Important Players.

Let It Ride Poker is one of the newest and youngest forms of poker introduced in 1993.

Let It Ride Poker was invented by the Shuffle Master company as a promotional tool for getting their machines into casinos.

H.O.R.S.E. is a form of poker usually played at the high stakes tables. It consists of rounds of play changing among Texas Holdem, Omaha, Razz, Seven Card Stud and Seven Card Stud Eight or Better.

Chris Jesus Ferguson throws playing cards at a lightning speed of 71mph and has been known to cut through bananas and melons with a card.

The most famous actress to win a World Series of Poker bracelet is Bride of Chucky starJennifer Tilly in 2005.

The most famous actor to win a World Series of Poker bracelet is Ben Affleck in 2004.

Although he has never won a tournament, it is estimated that Tobey Maguire has won more than $10,000,000 playing poker.

President Obama plays the game and is reputed to be an excellent bluffer.

The oldest person to win a World Series Poker bracelet is Paul Cigar McKinney who was 80 years old when he won in 2005.

David Chip Reese and Freddy Deeb are the two players who won the H.O.R.S.E tournament.