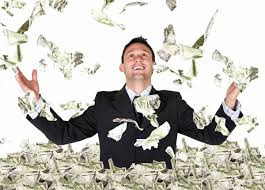 In the United States, approximately 7% of households are millionaires.

A 2010 study argues that millionaires (those in the top 1% of earners) pay approximately 40% of all taxes in the United States.

According to the book The Millionaire Next Door, only 20% of millionaires inherited their wealth. The other 80% earned their cash on their own.

The preferred car of millionaires is a Ford. Cadillacs are second and Lincolns are third. Many millionaires avoid high-priced cars in favor of a more economical set of wheels because cars are investments with little return.

Only 20% of millionaires are retirees. Around 80% still go to work.

Just 17% of millionaires or their spouses attended a private elementary or high school. However, 55% of millionaires’ children have attended/are attending private schools.

Many millionaires think that the ideal occupations for their kids are accountants or attorneys. Tax advisors and estate planning experts are also in the top the list.

Most modern American millionaires today (about 80%) are first-generation millionaires. Usually the fortune they build will dissipate by the second or third generation.

Those with Russian ancestry have the highest concentration of millionaire households in America. The Scottish rank second and Hungarians rank third. English ancestry groups rank fourth. The Russian American millionaire group has approximately $1.1 trillion, or nearly 5% of all the personal wealth in America.

Most American millionaires are manager-owners of businesses.

Research indicates that the longer the average members of an ancestry group have been in the America, the less likely they are to become millionaires because they acclimate to a high-consumption lifestyle. On the other hand, first-generation Americans tend to be self-employed, which is a significant positive correlate of wealth.

Smoking three packs of cigarettes over 46 years has a significant opportunity cost. If a person invested and reinvested just that cigarette money over those 46 years, he or she could create a portfolio worth over $2 million. Researchers note that the value of a small amount of money over time can be significant.

Contrary to common belief, many millionaires do not live in mansions or in highly prestigious neighborhoods.

Carlo Slim Helu, a Mexican billionaire worth $69 billion, is considered to be the first “world’s richest man from a developing nation.” He has lived in the same modest home for the past 30 years. His wealth is equal to 5% of Mexico’s economic output. He earns almost $30 million a day.

Billionaire Bill Gates announced that he would donate his wealth (estimated to be $61 billion) to charity and that he would leave a maximum of $10 million to each of his three children.

Four of the youngest billionaires in the world are connected to Facebook (Mark Zuckerberg, Sean Parker, Eduardo Severin, and Dustin Moskovitz).

There are approximately 1,226 billionaires in the world. Women make up 8.5% of those.

In the year 1900, there were only 5,000 millionaires in the United States. In 2000, there were more than five million. Before the Great Recession, there were 9.2 million households worth $1 million or more.

In 2008, there were 10 million people around the world who were classified as millionaires in U.S. dollars.

One in five people in Singapore is a millionaire, making it the city/state with the most millionaires per capita. It has 188,000 millionaires. The number of U.S. millionaires dropped by 129,000, to slightly more than 5 million in 2011.

The first African American woman to make it onto billionaire lists is Oprah Winfrey, who is worth approximately $2.7 billion.

The term “millionaire” was first used in French in 1719 by Steven Fentimen. The first time the term was printed in America is believed to be in the obituary of Pierre Lorillard II, a tobacco manufacturer, in 1843.

On average, millionaires are 61 years old with $3.05 million in assets.