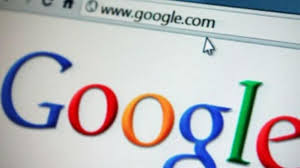 The “Google Guys,” Larry Page and Sergey Brin, first met at Stanford University in 1995 when Sergey (21) was assigned to show Larry (22) around the school. Google was first incorporated as a private company on September 4, 1998, and held its initial public offering on August 19, 2004.

According to its website, Google’s mission is to organize the world’s information and “make it universally accessible and useful.

Google uses approximately 20 petabytes of user-generated data every day. (Petabytes are estimated at 10 to the 15th power. So 1 petabyte is approximately 1,000,000,000,000,000 bytes.) It uses massive amounts of computation to index the Web, process search results, serve up ads, and more.o,

In May 2011, over 1 billion unique visitors visited the Google website, up 8.4% from a year earlier. Microsoft came in second with 905 million visitors. Facebook and Yahoo held the third and fourth positions with 714 million and 689 million visitors, respectively.

Facebook users spend the most minutes on the Internet with over 250 billion minutes in May 2011. Microsoft and Google came in second and third with 204 billion and 200 billion minutes, respectively.

In June 2006, the Oxford English Dictionary (OED) added “Google” as a verb.

In Feb 2002, Klingon became one of Google’s 72 language interfaces.

Google’s employee perks are famous. For example, at one time they offered a $5,000 hybrid car subsidy to encourage cleaner technologies. It was eventually killed to reduce company costs during the economic downturn.

In January 2003, the American Dialect Society voted the word “Google” as the “most useful” Word of the Year for 2002.

According to Alexa (“The Web Information Company”), Google is the Internet’s most visited website globally.

Google originated at the Stanford School of Engineering as an attempt to catalog and analyze the World Wide Web. It first ran at Stanford with the user name “google.stanford.edu.

Google uses over 1 million computers for is operation and handles over 1 billion search requests—per day.

The late Steve Jobs said he would be willing to “go thermonuclear war” against Google, a company he thought was guilty of “grand theft” when it launched its Android operating system.

If you use Google Calendar, Google may also know your schedule, what books you’ve read on Google Books, and what videos you watch on YouTube. They also save all your search queries, your IP address, your browser and its set language, the date and time of every request, your SMS messages, the cookies used for advertising services, and third-party application data. According to one critic, “Google knows more about you than your mother.”

Fellow graduate student Sean Anderson suggested Google creators Page and Brin name their site “googolplex.” Page suggested they shorten it to “googol,” which refers to the number 1 followed by 100 zeroes. Anderson mistyped “googol” as “google,” which was an available name. The name reflects Google’s mission to organize the massive amounts of information on the Web.

Google Inc.’s first employee was Craig Silverstein, a fellow computer science graduate student at Stanford. He was hired September 1998. He currently serves as director of technology at Google.

In November 1999, the caterer for the Grateful Dead, Charlie Ayers, joined Google as the company’s first chef. He won the job in a cook-off that was judged by Google’s 40 employees.

Google’s tradition of April Fool’s jokes began in April 2000 when Google announced the “MentalPlex,” or Google’s ability to read a person’s mind as he visualizes the search results he wants.

Christina Elwell, a former Google sales executive, sued Google for job discrimination when she was pregnant with quadruplets. The court granted Google's request to move the case to arbitration rather than to a public trial.

In 2007, Forbes magazine ranked Google as the best place in the U.S. to work.

The “Chief Culture Officer” is an actual job title at Google. His or her main responsibility is to retain the company’s unique culture, which includes flat organization, lack of hierarchy, a collaborative environment, and keeping Googlers happy.

Reluctant to leave school to devote time to their new search engine, Page and Brin attempted to sell google.com for $1 million to AltaVista.

The most searched words on Google are always changing, but the following words receive the highest search requests: Facebook, YouTube, Yahoo, Google, and sex/video.

During the 2011-2012 Egyptian crisis, Google launched a special service that allows people without Internet to send Twitter messages by dialing a phone number and leaving a voicemail. The voicemail is automatically translated into messages on Twitter.

The first Google storage was made from Legos. Google needed an expandable and cheap way to house 10 4GB hard drives.

A Google employee is named a “Googler” while a new team member is called a “Noogler.”

Google’s Code of Conduct makes it clear that it is a dog-friendly company; however, Google states that because it is a “dog company . . . as a rule we feel cats visiting our offices would be fairly stressed out.”

The first-ever Google company snack was Swedish Fish in 1999.

Google offers full-on gourmet meals three times a day for its employees. Free food is so tempting that Googlers risk the “Google 15” weight gain, which is similar to the “Freshman 15.”

The search technology Google uses is called “PageRank,” which is named after Google co-founder, Larry Page. PageRank analyzes and assigns an importance value to each page on the Web and ranks it. By downloading and analyzing the importance of Web links, PageRank revolutionized not only search engines specifically but also the entire Internet.

When Google introduced its “Did you mean . . .?” feature, site traffic doubled.

Google makes 99% of its profit from its advertising. Google also has the ability to track and analyze a person’s online behavior and inform advertisers what sites a browser has visited, what ads have been clicked on, and what search terms have been used.

Some Web researchers note that Google helps prop up Wikipedia as an information source since more than 50% of the traffic to Wikipedia is generated from Google searches.

Google has managed to reduce its tax rates by billions of dollars by taking advantage of offshore tax havens such as Ireland and Bermuda. The top corporate income tax level in the U.S. is 35%. In Ireland, it’s only 12.5%, and in Bermuda it’s zero.

Google has been criticized for manipulating its search results, using others’ intellectual property, the amount of energy its computers consume, as well as monopoly, antitrust, and restraint of trade issues. The company has also been criticized for sexism and ageism.

In 2010, Google admitted that for the previous three years, it mistakenly collected information people sent over unencrypted wi-fi networks.

Google CEO Eric Schmidt raised eyebrows when in a 2011 interview he said that he doesn’t think people want Google to answer their questions, rather they want Google to “tell them what they should be doing next.

In 2011, Google claimed the Chinese government was preventing Gmail users in China from accessing their accounts. China’s goal in these attacks is reportedly to stifle online revolutionary talk similar to those that launched Arab revolutions.

Privacy International in 2007 ranked Google as not only “Hostile to Privacy” but as also having the worst privacy policies among popular net firms. It criticized Google for the mass amounts of data it gathers about users and their activities.

In 2008, a Christian group sued Google for refusing to take its anti-abortion advertisements. Google claimed that it refused the advertisement because the company has a policy of declining sites that mix the issue of abortion with religious views. The suit was settled amicably out of court, and Google agreed to publish their ads.