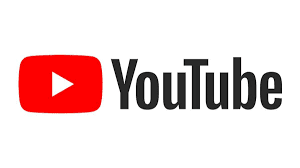 The first video to ever be uploaded to YouTube isn't a classic by any means. Shot by Yakov Lapitsky at the San Diego Zoo it shows co-founder Jawed Karim in front of the elephant enclosure going on about long trunks. It has, nonetheless, racked up a very healthy 4,282,497 views since its online debut on April 23, 2005.

An auto-shared tweet results in 6 new youtube.com sessions on average.

There are 500 tweets per minute containing a YouTube link.

More than 50% of videos on YouTube have been rated or include comments from the community.

Millions of videos are favorited every day.

60 hours of video are uploaded every minute, or one hour of video is uploaded to YouTube every second.

Over 4 billion videos are viewed a day.

Over 3 billion hours of video are watched each month on YouTube.

More video is uploaded to YouTube in one month than the 3 major US networks created in 60 years.

10% of YouTube’s videos are available in HD.

YouTube is monetizing over 3 billion video views per week globally.

98 of AdAge’s Top 100 advertisers have run campaigns on YouTube and the Google Display Network.

Hundreds of advertisers are using TrueView in-stream and 60% of our in-stream ads are now skippable.

Traffic from mobile devices tripled in 2011.

The YouTube player is embedded across tens of millions of websites.

Created in 2007, the YouTube partner program now has 30,000+ partners from 27 countries around the world.

YouTube pays out millions of dollars a year to partners.

Hundreds of partners are making six figures a year.

Partner revenue has more than doubled for four years in a row.
Share This