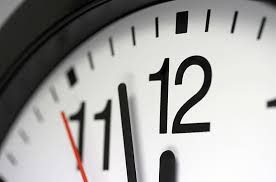 Time is an important part of life but it can be a difficult thing to explain. Have fun learning about this interesting topic with our range of fun time facts and information.

The Department of Energy estimates that electricity demand drops by 0.5 percent during Daylight Saving Time, saving the equivalent of nearly 3 million barrels of oil.

In the time of the dinosaurs, the day was just 23 hours long.

The world’s most accurate clock, at the National Institute of Standards and Technology in Colorado, measures vibrations of a single atom of mercury. In a billion years it will not lose one second.

Until the 1800s, every village lived in its own little time zone, with clocks synchronized to the local solar noon.

Different parts of the world are located in different time zones. This means that while you are having breakfast in the morning, someone in another part of the world is having dinner.

Time has not been around forever. Most scientists believe it was created along with the rest of the universe in the Big Bang, 13.7 billion years ago.

Many places use daylight saving time (typically by putting clocks forward an hour) for longer daylight in the evenings.

Time can be described as a dimension and along with the other three dimensions we are aware of (up/down, left/right and forward/backward) forms a four dimensional 'space-time'.

Australia has both horizontal and vertical time zones in summer.

Although Russia is geographically spread over 12 time zones, it officially observes only 9 time zones (from march 2010).

Some modern atomic clocks are so accurate they can lose less than a second in 400 million years.

Brazil sets its Summer time by decree every year. Some states / counties observe Summer time on a year to year basis.

Some countries use different rules to start and end DST. For example, a law in Israel requires that summer must last at least 150 days.

News for Daylight Saving Time and Time changes around the World.

The military of some nations refer to time zones as letters, for example: Z (Zulu) = Zero Meridian (UTC or GMT). Letters A to M moves eastwards and N to Y moves westwards. The letter J (Juliet) is skipped and refers to current local time of the observer.

Scientists believe the moon was used as a form of calendar as far back as 6000 years ago. Calendars have been changing ever since and are very accurate in modern times.

Milliseconds, microseconds and nanoseconds are examples of very small units of time.

The use of pendulums to accurately measure time was discovered by Galileo Galilei around 400 years ago. A pendulum is a free swinging weight hanging from a pivot.

Every day is about 55 billionths of a second longer than the day.

There is no time at the north/south pole as all time zones fall in to one place making it impossible to define the time.

The length of time it takes for Earth to orbit the Sun is 365 and a quarter days. To make up this extra quarter which isn't counted at the end of a year, we have an extra day every four years on 29th February.