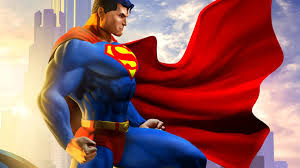 Superman was originally conceived as a bald villain with the power to control people's minds.

Many people believe the role of Superman is cursed, and bad luck will befall any actor who plays the character.

Kal-El was born in Kripton.

The known S-shield is actually a Kryptonian symbol meaning “hope”.

Superman's nicknames: "The Man of Steel", "The Man of Tomorrow", and "The Last Son of Krypton"

Kryptonite is one of the few things that can injure or kill Superman.

In modern speech, the word kryptonite has become a synonym for Achilles' heel, the one weakness of an otherwise invulnerable hero.

Superman can be seen somewhere in every episode of the television show, Seinfeld.

A street in Fullerton, California, shares its name with Superman's girlfriend - Lois Lane.

Superman once travelled back in time and met the famous English playwright, William Shakespeare.

The Metropolis skyline was orignally based on the Canadian city of Toronto.

The actor, Nicolas Cage, named his son Kal-el, which is Superman's birth name.

In 2004, British cinemagoers voted Superman as the greatest superhero of all time.

Superman's dog is called Krypto. When he's not fighting crime, Krypto has his own secret identity. He goes by the name of Skip.