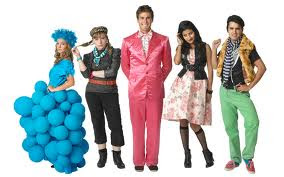 The term "prom" comes from the word "promenade", which signified the parading of guests at upper-class galas and debutante balls during the Victorian era.

The first proms were held at northeastern colleges in the late 1800s. High schools didn't adopt the trend until the early 20th century.

Prom in the early 20th century was very simple. A dance floor, tea (yes, tea!), and a room for socializing created the ideal prom experience.

Proms became less “cool” in the ‘60s and '70s when students’ attention focused on anti war rallies, civil rights causes, and rebellion against authority. Prom attendance picked back up after the Vietnam war ended and consumerism rose.

The average family spent a $807 (that’s practically a month’s rent!) on each child who attended prom in 2011.

During the civil rights movement in 1963, students of black high schools in Birmingham, Alabama had their prom taken away for their participation in marches and sit-ins.

Hollywood hit movies like Pretty In Pink and She’s All That expanded the American-style prom to the U.K.

In the past, it was common to see the star quarterback and cheerleading captain as prom king and queen.

Today, openly gay and lesbian students are taking home the crowns as their peers show support for their personal choices.

In ancient times, flowers were worn on special occasions to ward off evil spirits. In the 20th century corsages became popular to wear on the wrist or shoulder, customary at both weddings and formal dances.

$0 to $400: Amount teens spend on prom transportation such as limos, rental cars, party buses and borrowing their parents' cars.