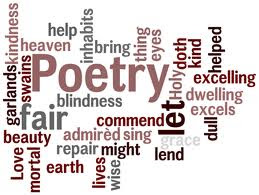 The Epic of Gilgamesh, written thousands of years ago in Mesopotamia, is the
oldest extant poem.

E. E. Cummings dedicated his self-published volume of poetry, No Thanks, to the fourteen publishers who had turned it down.

The French poet Paul Valery once defined poetry as the unique intersection of language and state of mind.

In the source poem for Romeo and Juliet, Juliet is 15. Nobody knows why Shakespeare chose to make her 13 in his play.

One of the key areas of study in poetry is “prosody,” the study of meter and rhythm.

The word ‘syphilis’ is derived from the name of an afflicted character in a 1530 poem by Italian physician Girolamo Fracastoro.

Aristotle believed there were three categories of poetry: epic, tragic, and comic. He elaborated these ideas in the appropriately titled work Poetics.

An 1852 edition of John Milton’s Poetical Works was bound in the skin of a murderer, George Cudmore.

The haiku is one of the shortest forms of poetic writing. Originating in Japan, a haiku poem is only seventeen syllables, typically broken down into three lines of five, seven, and five syllables, respectively.

John F. Kennedy’s favourite poem was ‘I Have a Rendezvous with Death’ by Alan Seeger.

The word ‘unfriend’ as a noun dates from around 1275, meaning ‘one who is not a friend’. It is found in Layamon’s medieval epic poem Brut.

Poetry is ancient and it’s a fact that even primitive people have written poems.

German poet Gottlob Burmann so despised the letter R that he avoided using it in his poetry – and in everyday conversation.

The French poet, Paul Valery defined poetry as the unique intersection of language and state of mind.

Poet Marianne Moore was asked by the Ford Motor Company to come up with names for new cars. One of her suggestions was ‘Mongoose Civique’.

The earliest forms of poetry predate written language. They were sung or recited to help people remember genealogy, laws, and oral history.

The phrase ‘namby pamby’ originated as a nickname for Ambrose Philips, eighteenth-century poet lampooned for his babyish verses.

The word "poetry" is from the Greek term poiesis, which means "making."

The last line of the Robert Burns poem ‘Auld Lang Syne’ should strictly be ‘For auld lang syne’, not ‘For the sake of auld lang syne’. What’s more, Burns didn’t technically write the poem.

Poetry is one of the oldest forms of communication, dating back to prehistoric times with hunting poetry in Africa and ancient Egypt.

The oldest surviving epic poem is the Epic of Gilgamesh and dates from the 3rd millennium BC in Sumer (now Iraq).

Lizzie Doten’s 1863 book, Poems from the Inner Life, included poems which Doten claimed to have received from the ghost of Edgar Allan Poe.

The longest poem in the world is the Mahabharata. An Indian epic poem dating from the 4th century BC or earlier, the poem has about 1.8 million words.

Poet Amy Lowell once bought a stash of 10,000 cigars, claiming she needed them to help her write.

Poet's Day is celebrated every August 21.

The word ‘pamphlet’ is derived from a fourteenth-century comic love poem ‘Pamphilius; or, Concerning Love’. Pamphilius means ‘lover of all’.

The skin of murderer George Cudmore was used to bind an 1852 edition of John Milton's Poetical Works.

According to legend, Chinese poet Li Po died when he drunkenly attempted to grasp the reflection of the moon in the still waters of a lake.

‘Flyting’ is the term for a poetic slanging-match, where two poets assail each other in turn with streams of abusive verse.

Ben Jonson was named the first poet laureate of England in 1616. However, the title didn't become an official royal office until 1668 when John Dryden was appointed. A poet laureate is responsible for writing poems for national occasions.

There was an Elizabethan poet and reverend called Thomas Bastard.

Existing fragments of Aristotle's Poetics described the three genres of poetry: the epic, the comic, and the tragic. It also laid out the rules for developing each genre to its full potential.

‘Metrophobia’ is the name for a fear of poetry.

French essayist and poet Sully Prudhomme (1839–1907) was the first person to win the Nobel Prize in Literature.

Sir Walter Scott composed much of his bestselling epic poem ‘Marmion’ while on horseback.

Known as the father of English literature, British author Geoffrey Chaucer (1343–1400) is also considered the father of poetry and the greatest English poet of the Middle Ages.

The ancient epic Indian poem the Mahabharata runs to over 100,000 lines.

Geoffrey Chaucer was the first poet to be buried in Poets' Corner of Westminster Abbey.