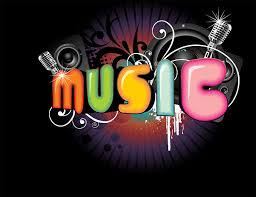 David Bowie has a lizard tattooed on his ankle.

Children who study music tend to have larger vocabularies and more advanced reading skills than their peers who do not participate in music lessons.

The oldest artist to top the UK singles chart was Louis Armstrong (aged 66 years and 10 month) in 1968 with What A Wonderful World.

Led Zeppelin didn't release singles during their heyday in the UK, and the b-side to the US release of Immigrant Song - Hey Hey What Can I Do? - was the band's only non-album release.

Pink Floyd performed under various monikers in their early years, including Tea Set, Sigma 6, The Screaming Abdabs and Leonard's Lodgers (after their landlord Mike Leonard – unconnected with MusicRadar Editor of the same name).

Wham! was the first pop group to perform in China.

It was way back in 1857 that Leon Scott (a French scientist) found a way to record sound on to paper that had been blackened with candle wax. This invention was called a ‘phonoautograph'.

Twenty years later the phonograph was invented by Thomas Edison. It recorded the sound on to wax cylinders.

It was 1952 when the first UK singles charts appeared. Listing only the sales of 78s. The first number one on the chart was Here In My Heart by Al Martino.

Roger Daltrey (he of the ‘Who' fame) sang the song that was used as the theme tune for the TV programme CSI: Crime Scene Investigation. He also appeared in one episode as a Vegas boss called Mickey Dunn.

The Droogs, Moloko, Orange Mecanique, Malchicks and Heaven 17 all took their names from the film ‘A Clockwork Orange'.

The Jackie Wilson song ‘Reet Petite' was originally released in 1957 but eventually hit number one in the UK charts in 1986. 29 years and 42 days after the original release.

Louis Armstrong holds the record of oldest chart topper. Having reached number one in the UK in 1968 with the song ‘What A Wonderful World'. He was 67 at the time.

Learning and mastering a musical instrument improves the way the brain breaks down and understands human language, making music students more apt to pick up a second language.

Akon's Smack That debuted at # 95 in October, 2006. The next week it was number seven. That jump of 88 positions was the single biggest jump in Billboard's history.

In February 2006, High School Musical generated the most simultaneous Hot 100 entries from any album, with nine songs in the Hot 100 simultaneously, five of them in the Top 40. This was based on downloads and sales: there was no significant radio airplay for any of the songs from this Disney Channel movie.

When rural Pakistani folksinger Zarsanga sings in public, fans routinely mark the choruses of her most popular Peshto-language songs with mass shotgun-firing.

The airplane Buddy Holly died in was the "American Pie." (Thus the name of the Don McLean song.

Hang On Sloopy is the official rock song of Ohio.

Michael Jackson's Thriller, is the biggest selling album of all time.

Simon & Garfunkel, one of the most famous duos of all time, were originally called Tom & Jerry.

The first song recorded by rocker Jon Bon Jovi was actually a song called ‘R2-D2: We Wish You A Merry Christmas' for an album called the Star Wars Christmas Album. He was only 17 at the time.

Diana Ross appeared on at least one hit single every year between 1964 and 1996, an incredible 33 years.