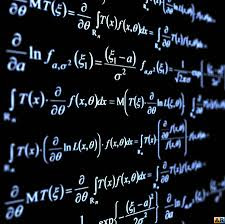 Hate numbers?! Well this post might change your perspective and might learn a thing or two about our beloved Math. Have fun learning about math with these awesome facts. Enjoy trivia related to amazing numbers, crazy shapes, golden ratios and much more.

The word 'mathematics' comes from the Greek máthēma, which means learning, study, science.

What comes after a million, billion and trillion? A quadrillion, quintillion, sextillion, septillion, octillion, nonillion, decillion and undecillion.

ZERO is the only number which is known with so many names including nought, naught, nil, zilch and zip.

Different names for the number 0 include zero, nought, naught, nil, zilch and zip.

Zero ( 0 ) is the only number which can not be represented by Roman numerals.

The Reuleaux Triangle is a shape of constant width other than a circle.

The name 'zero' derives from the Arabic word sifr which also gave us the English word 'cipher' meaning 'a secret way of writing' .

Do you know the magic of no. nine (9)? Multiply any number with nine (9 ) and then sum all individual digits of the result (product) to make it single digit, the sum of all these individual digits would always be nine (9).

The = sign ("equals sign") was invented by 16th Century Welsh mathematician Robert Recorde, who was fed up with writing "is equal to" in his equations.

Googol (meaning & origin of Google brand ) is the term used for a number 1 followed by 100 zeros and that it was used by a nine-year old, Milton Sirotta, in 1940.

The name of the popular search engine ‘Google’ came from a misspelling of the word ‘googol’.

Abacus is considered the origin of the calculator.

Have you ever noticed that the opposite sides a die always add up to seven (7).

Equal sign (=) was first used in 1557 by Robert Recorde, an Englishman.

An icosagon is a shape with 20 sides.

Trigonometry is the study of the relationship between the angles of triangles and their sides.

In a group of 23 people, at least two have the same birthday with the probability greater than 1/2 .

If there are 50 students in a class then it's virtually certain that two will share the same birthday..

Among all shapes with the same perimeter a circle has the largest area.

Among all shapes with the same area circle has the shortest perimeter .

In 1995 in Taipei, citizens were allowed to remove ‘4’ from street numbers because it sounded like ‘death’ in Chinese. Many Chinese hospitals do not have a 4th floor.

The word "FRACTION" derives from the Latin " fractio - to break".

In working out mathematical equations, the Greek mathematician ,Pythagoreans used little rocks to represent numbers.Hence the name of Calculus was born which means pebbles in Greek.

In many cultures no 13 is considered unlucky, well,there are many myths around it .One is that In some ancient European religions, there were 12 good gods and one evil god; the evil god was called the 13th god.Other is superstition goes back to the Last Supper. There were 13 people at the meal, including Jesus Christ, and Judas was thought to be the 13th guest.

Have you heard about a Palindrome Number? It is a number that reads the same backwards and forward, e.g. 12421.

A Palindrome Number is a number that reads the same backwards and forward, e.g. 13431. .

A dollar can be made into small change in 293 ways.

21978 when multiplied by 4 is the same number with digits in reverse order:

The billionth digit of Pi is 9.

1 and 2 are the only numbers where they are the values of the numbers of factors they have.

The digits to the right of the Pi's (3.141...) decimal point can keep going forever, and there is no pattern to these digits at all.

PIE (The ratio of the circumference to the diameter of a circle) can’t be expressed as a fraction, making it an irrational number. It never repeats and never ends when written as a decimal.

The opposite sides of a dice always add up to seven.

"Fortnight" is a contraction of "fourteen nights." In the US "two weeks" is more commonly used.

"Four" is the only number whose number of letters in the name equals the number.

1 and 2 are the only numbers where they are values of the numbers of the factors they have.