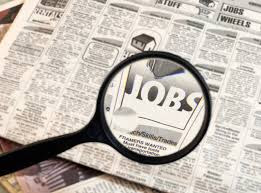 80% of people are dissatisfied with their jobs.

The average person spends 90,000 hours at work over their lifetime.

25% of people check into work hourly while on vacation, via email and phone. 59% said they check work during traditional holidays like Christmas and Thanksgiving.

In the United States, workers take an average of 57 percent of their vacation days.

64% of Americans canceled vacations last year. One-third did it for work-related reasons even though most felt they were more in need of a vacation than the year before.

15% of director-level women have slept with their bosses and 37% of them got promoted for it.

Women make only 77.5 cents for every dollar that men earn.

70% all jobs require education or technical training beyond high school.

Manufacturing jobs will require different skill sets, while an equal number of service jobs will be obsolete.

Workers will change jobs six to seven times during their normal working lives.

Many technical and office occupations now require a post-secondary degree as more employers prefer to hire trained personnel rather than provide training.

Aside from traffic accidents while commuting, falling from heights is the No. 1 cause of death at work (19%). Being struck by moving or falling objects accounts for 17% of work fatalities.

10,000 workers per year drop dead at their desks as a result of 60- to 70-hour work weeks in Japan. The phenomenon is known as “karoshi".

Each year, the average American spends over 100 hours commuting.

More than 13 million working days are lost every year because of stress-related illnesses.

25% of employees say work is their main source of stress and 40% say their job is "very or extremely stressful".

There isn't much job security. On average, Americans hold seven to eight different jobs before age 30.

Couples in which one partner spends 10+ hours more than usual at work divorce at twice the average rate.