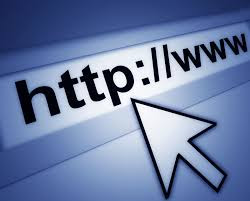 The Internet has exponentially grown into something that has a profound impact on our work, knowledge, worldviews and daily lives. Here are some of the interesting facts you might have not known.


About 1/3 of all internet searches are for pornography. Experts have done special research on the topic and estimate that at least 65% of all pictures on the internet are of naked women. In addition, about 28,000 internet users are watching X rated videos at any given time.

Over half of all the downloading and uploading online is file sharing that is often considered illegal. Another rising portion of the overall bandwidth that will likely get bigger and bigger is from streaming video services such as Netflix.

The first message ever relayed over the internet was “LOG” which was actually supposed to have been “LOGIN” but there was a huge crash and this difficult task couldn’t be completed for the time being. This was back in the 1960’s at the famous research university known as MIT.

Although today webcams are used mainly for user-to-user interaction and often inappropriate endeavors, the first webcam was used to monitor a coffee pot at Cambridge University. I guess they were working really hard and needed to know when a fresh pot was ready.

Over 75% of all email messages are considered total spam. It’s estimated that only about 6% of these annoying messages are actually opened. Hopefully it’s not a virus!

About 15 hours of video are uploaded to Youtube from around the globe each minute. After reading about this, I now know why the site typically has a limit of 10 minutes per video.

To copy the entire internet to a disc, it would take over one billion DVD’s and if you wanted to save it on the more powerful Blu-Ray discs it would take about 200 million of them.

High school students spend an average of six times as many hours on the internet than they do on homework. Most high schoolers are online for about 30 hours per week.

Right now there are more women going online than men. Before 2000, there were more male users online. Some experts claim that the growing popularity of internet pornography will attract more men to the internet in years to come.

Although Al Gore says that he “took the initiative in creating the internet,” it’s actually someone named J.C.R. Licklider who is often referred to as the father of the internet.

One of the main reasons the internet exploded during the 1990’s is because of a popular yet not-so-well-known web browser called Mosaic.

In 1995 Bob Metcalfe coined the phrase “the web might be better than sex.”

Since the creation of the interweb, file sharing has been a major issue for the authorities. During 1989, McGill University discovered that its website was responsible for over half of the traffic going from America to Canada. It’s rumored that a decent portion of the traffic may have been nude pictures.

The United States is actually in third place currently for the world’s most internet users. Asia easily comes in first with about 36% while Europe is in second with 29% and the States get a disappointing bronze medal with 21%. On the other hand, Americans are #1 for the most people who use the internet and watch TV simultaneously and also easily get the gold for the most bloggers.

About 1/6 of Earth’s total population enjoys surfing the internet at least once per month. Many of the people who do not surf the internet, however, have noted that they would like to enjoy internet pictures and videos if they had the opportunity.

Each day, about 20 million people “tweet”. Internet experts speculate that over half of all tweets are based on controversial subjects.

The first internet banner ad was launched in 1994 and it ended up being a huge hit because people just couldn’t resist clicking. It looks like an older ad, but the same strategies are used by advertisers today.

Google estimated in 2010, that the data size of the Internet is 5 million Terabytes, 61% from videos, and growing rapidly. Google has the largest index of the Internet out of any company, but claims to have scanned only 0.004% of the total.

There’s an estimated 637 million websites (source), of which there are over 250 million blogs.

There are approximately 4,200 new domain names registered every hour, or around 37 million per year.

WordPress, the most widely known Content Management System (CMS) for websites, powers approximately 63 million blogs, but is not the largest blog provider.

Facebook has an estimated 1.2 Billion active users.
To put that into perspective, there’s about 7 billion people on Earth. 17% of humans are on Facebook.

On the original “The Facebook” website, Al Pacino’s face can be seen in the upper left-hand corner.

The first ever email was sent in 1971 by Ray Tomilinson, the US programmer who invented the email system.

The “@” symbol was used to signify that the message was sent to a person instead of a machine.

About 250 billion emails are sent every day.

81% of all emails sent is considered to be spam. That’s 200 billion every day.

The first spam message sent to multiple recipients was sent in 1978 for DEC System 2020. The 600 recipients were not pleased to receive it.

Twitter was first described by founder Jack Dorsey, as an SMS-based social network, codenamed twttr. He sent the first tweet on March 21, 2006, “just setting up my twttr”.

There are now about 1,700 tweets sent every second.

An estimated 65% of Americans watch TV and use the Internet simultaneously. 80% of all Americans are online.

Over a billion people watch videos on YouTube every month, averaging 4 hours each per month.

72 hours of video are uploaded to YouTube every minute, and YouTube’s copyright-checking software scans over 100 years of video every day.(source)

The first ever webcam was deployed at Cambridge University computer lab. No, it wasn’t to Skype or Facetime. It was used to watch a pot of coffee.

The iPhone 4 is about 2,000 times faster than the Super Nintendo.

Both Apple’s iTunes store and Google’s Play store claim to have over 800,000 apps each.