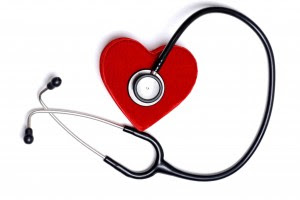 Enjoy our range of fun and amazing health facts. Learn about important topics such as exercise, nutrition, disease, obesity, cancer, medicine and allergies. Find out what’s good for the human body and what isn’t with our interesting health facts.

Viruses are usually around 100 times smaller than bacteria.

Antibiotics can be useful in fighting off bacteria but they are ineffective against viruses, this is because bacteria and virus are completely different, both having unique characteristics that need specialized treatments.

Red blood cells are created inside the marrow of your bones, they serve the important role of carrying blood around your body.

It might only take you a few minutes to finish a meal but it takes your body around 12 hours before it has completely digested the food.

Banging your head against a wall burns 150 calories an hour.

In some parts of the world, they protect their babies from disease by bathing them in beer.

The word 'gymnasium' comes from the Greek word gymnazein, which means 'to exercise naked.'

There are more than 1,000 chemicals in a cup of coffee; of these, only 26 have been tested, and half caused cancer in rats.

There are more bacteria in your mouth than there are people in the world.

You burn more calories sleeping than you do watching television.

It is possible to go blind from smoking too heavily.

Motorists who talk on cell phones are more impaired than drunk drivers with blood-alcohol levels exceeding .08.

Medical researchers contend that no disease ever identified has been completely eradicated.

The number one cause of blindness in the United States is diabetes.

In 1972, a group of scientists reported that you could cure the common cold by freezing the big toe.

No one seems to know why people blush.

People who laugh a lot are much healthier than those who don't. Dr. Lee Berk at the Loma Linda School of Public Health in California found that laughing lowers levels of stress hormones, and strengthens the immune system. Six-year-olds have it best - they laugh an average of 300 times a day. Adults only laugh 15 to 100 times a day.

People who have a tough time handling the stress of money woes are twice as likely to develop severe gum disease, a new study finds.

The first Band-Aid Brand Adhesive Bandages were three inches wide and eighteen inches long. You made your own bandage by cutting off as much as you needed.