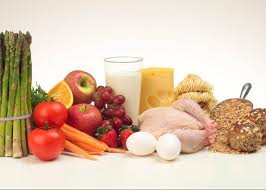 If you love food, you would definitely love this post. Enjoy these fun food facts. Learn a range of interesting facts about food and nutrition, topics that play an important role in everyone’s lives.

The most expensive coffee in the world comes from civet poop.

The largest food item on a menu is roast camel.

The FDA allows you to sell bugs and rodent hair for consumption.

The first soup was made of hippopotamus.

Cucumber seeds give you heartburn and cucumbers give you gas.

If you are only going to use half of a pepper, cut it in half and the leave the portion with the top on that you are not using. The stem will keep the leftover pepper fresh 3-4x longer.

Refried beans are only fried once.

Worcestershire sauce is made from dissolved fish.

Apples are also more proficient at waking you up in the morning than coffee.

The Popsicle was invented by an 11 year who kept it secret for 18 years.

Microwave cooking was discovered accidentally, when a chocolate bar melted in someone’s pocket.

The Incas measured time by how long it took a potato to cook.

The white potato originated in the Andes mountains and was probably brought to Britain by Sir Francis Drake about 1586.

Potatoes were so valued for their vitamin C content that miners traded gold for potatoes.

Dynamite is made with peanuts.

Coconut water can be used (in emergencies) as a substitute for blood plasma.

Honey is the only food edible to humans that will never go bad.

The Aztec word for avocado was ahuacatl, which means "testicle tree".

Fast food restaurants use yellow, red, and orange because those are the colors that stimulate hunger.

There are over 1000 different kids of apples.

Did you know that in Japan, the most popular topping for pizza at Domino’s Pizza is Squid?

Cherries are a member of the rose family.

They have square watermelons in Japan because they stack better.

Alaskans eat twice as much ice cream per capita than the rest of the nation.

Yarrow (Achillea millefolium) is a herb that takes its name from the Greek war hero Achilles and is considered an important herb for the treatment of wounds.

“brain freeze” was invented in 1994 by 7-Eleven to explain the pain one feels when drinking a Slurpee too fast. The medical term is sphenopalatine ganglioneuralgia.

TIPS were given by people in coffee houses in the 18th century who wanted good service and better seating by putting money in a tin labelled "To Insure Prompt Service".

TV dinners were invented by Gerry Thomas and introduced in 1954 by his Omaha-based CA Swanson & Sons featuring roast turkey with stuffing and gravy, sweet potatoes and peas, selling for 98 cents.

Vegemite is an Australian icon which was developed in 1922 by Dr. Cyril Callister. He took used brewer's yeast and blended the yeast extract with ingredients like celery, onion, salt, and a few secret ingredients to make this paste rich in B vitamins; it was developed for the Fred Walker Company which is now Kraft Foods.

Pizza originated in the early 1700's in Naples, Italy.

Pineapple is the international symbol of hospitality.

Pear is a fruit that ripens from the inside out.

Pepsi-Cola was invented by Caleb Bradham in 1898. Originally called "Brad's Drink," the beverage was first marketed as a digestive aid and energy booster. It was renamed Pepsi-Cola because of its pepsin and kola nut content.

Mel Blanc (voice of Bugs Bunny) was allergic to carrots.

Heinz Catsup leaves the bottle traveling at 40 kilometers per year.

There are around 2000 different plant types that humans use to cultivate food.

The sweet potato is a root vegetable and is not closely related to the potato.

Pumpkins are usually labelled as vegetables but they contain seeds and are technically fruit.

China is the largest producer of garlic, producing over 10 million tons in 2008 and accounting for over 75% of world output.

The average apple contains around 130 calories.

India is the world’s largest producer of bananas, producing nearly 22 million tons in 2007

Around 8% of children and 2% of adults have some kind of food allergy, this occurs when the body’s immune system incorrectly assumes a certain food protein is harmful and attacks it. Common examples of food allergies include reactions to peanuts, gluten and shellfish.

Around 70 million people suffer from food poisoning every year with around 7 million of these cases being fatal. Careful food storage, temperature control and preparation is necessary to avoid potentially dangerous bacteria, toxins and viruses.